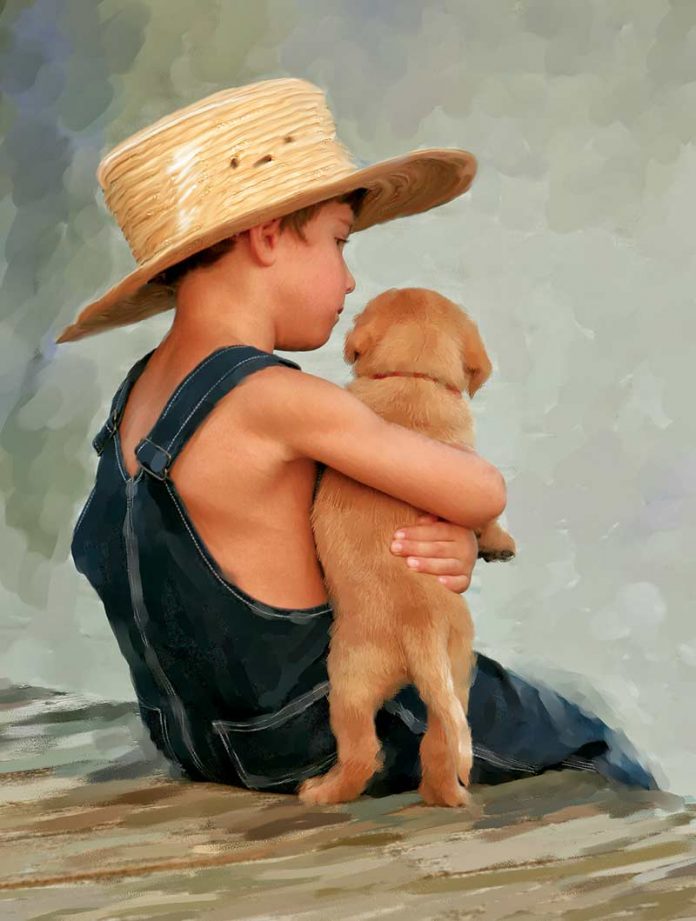 I’m not real sure where this is going, but I know where it has been.
Take the case of Wayne Goldsberry of Bentonville, Ark. Wayne went over to visit his daughter. Just as he arrived he heard a crash back in the bedroom. Like any good father he went to see what was going on. “Cautiously” approaching (one should always be cautious when investigating crashing in the bedroom), Wayne peeked around the corner and out came a deer. The beast ran down the hall, into another bedroom, where it began “jumping back and forth across the bed.”
So Wayne did what any self-respecting father should do if he finds a deer in his daughter’s house. He “entered the bedroom to confront” it. The deer, not wanting to be confronted, refused to cooperate.
There was a “brief struggle.” Then Goldsberry took a break, came out, and told his wife to call the police, which she did. Then the father went back and as the deer was “trying to get up a corner wall” Wayne G. “came in behind him and grabbed him by the horns,” twisted its neck and killed it.
Covered with blood and bruises, Goldsberry dragged the deer out into the front yard, which was where the police found the two.
Since there is no law against bare-hand buck killing in Arkansas, no charges were filed. There was rump roast for supper.
A country boy can survive.
Otis Cecil Wilkins’ animal encounter didn’t turn out so well.
Probably because no animal was involved.
Seems Otis Cecil was “estranged” from his girlfriend. Real estranged. I mean so estranged that he decided to blow her up. Or so the police said.
Otis Cecil said he was just trying to blow up a beaver dam.
So Otis Cecil put “a little bit of black powder” in a bottle, stuck in a fuse, lit it, and threw it at his girlfriend’s Oldsmobile. She was in it. The beaver dam wasn’t.
But the bottle missed the target, rolled back to where Otis Cecil was standing, and exploded in “a large fireball,” that set Otis Cecil’s shorts on fire.
(I’m having trouble with the visuals too, but stick with me.)
The girlfriend wasn’t hurt. The other passengers of the Oldsmobile weren’t hurt. No beavers were hurt. But Otis Cecil went to the hospital burn center and from there to jail.
Although Otis Cecil swore no one was in danger (“it was just a little boom thing”) the “estranged” was strangely uncooperative when Otis Cecil’s lawyer tried to work out a plea bargain.
Otis Cecil got 300 days in the slammer.
Meanwhile, over in Mississippi, locals around West Point have taken up “animal tossing.”
Yessir.
A couple of weeks ago Kevin Pugh walked into the local Holiday Inn Express and tossed a 60-pound pig over the counter. A live pig.
The desk clerk was not amused.
Neither was the pig.
Neither were the police, who arrested Pugh.
According to press accounts, there was “no evidence intoxication was a factor.”
Yeah. Right.
This was not the first incident of animal tossing in West Point, nor the first time Pugh was charged with such. Earlier he had pitched a pig at the local Hardee’s and twice ‘possums had been thrown, though apparently by someone else.
Bewildered, West Point police Lt. Danny McCaskill could only figure that it was “some sort of redneck thing.”
And with that as a lead, I e-mailed Ms. Hollis Benton of Puckett, Miss. who, with her sister Beth Ann, is a careful observer of things Mississippi and things redneck – which are readily observable over there.
However, animal tossing has not made it to Puckett, and though Hollis was at a loss to explain why, she promised that if it does, I’d be the first to know.
Meanwhile, word reached me that twelve men and a woman were arrested down in Mobile and charged with drugging dogs at the local track. Raked in a cool $67,000 before they were caught.
According to the AP report, the criminals gave the dogs a pill sold for “natural male enhancement,” which “exhausted the greyhounds by racing time.”
Which raises the question, what is the use of being “enhanced” if you are “exhausted?”
And there you have it.
Deer wrestling. Bombing beaverless damless beaver dams. Tossing pigs. Doping dogs.
And some of you wonder why folks from other places look at Southerners they way they do.
Wrestling deer. Bombing beaver dams that aren’t there. Tossing pigs. Doping dogs.
My people, my people.