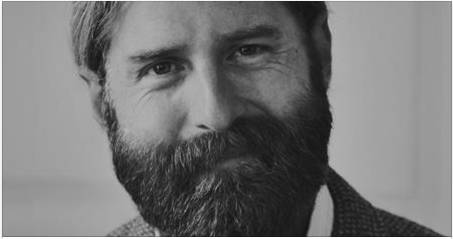 Halftime—the National Championship game is underway. Alabama is down. Publix is quiet this time of night. Employees are stocking shelves. I’m here for a roast-beef sandwich, or else I might starve.

The boy behind the sandwich counter looks tired. He’s scrubbing the deep-fryer with a wire-brush.

He is tall—over six-five I’d guess. Mid-twenties. His shoulders are too big for his golf shirt. He’swearing a hairnet.

“Roll Tide,” he remarks, pointing to my Alabama cap.

He’s soft-spoken, he has a happy face, and he calls me, “sir” too often. I order a foot-long on white.

He starts talking football, using terms that are above my head. He’s discussing scrimmages in detail. He knows the names of Alabama’s managers. He can name plays, players, and coaches from every major university in the Southeastern Conference.

I ask how he knows so much about college ball.

“Used to play for Bama,” he says. “Was a quarterback for five days. Cheese on your sandwich, sir?”

He spreads mayo on my bread and explains how his high-school career was pure electricity. I won’t list stats here, but let’s just say he was poetry in shoulder pads.

He caught the attention of college scouts. They plucked him from small-town oblivion and brought him to the institution in Tuscaloosa.

“Was like winning the lottery,” he goes on. “My childhood dream was to play ball, but it was tough… Lettuce and tomatoes, sir?”

The stress of college-level football was enough to break the kid. They were hard practices, hard tackles, and an even harder coach. He gave his best, but it wasn’t enough. Five days.

“The pressure messed with my head,” he said. “I finally realized I wasn’t any good. I kinda quit believing in myself.”

Well. Even though I’ve never played football, he and I aren’t very different. For most of my life, my self-worth has been misplaced. The more I looked for it, the further away it ran.

Confidence is a funny thing. Once you lose it, sometimes you never get it back.

“I still throw a ball around,” he said. “After work, I go practice, to keep my arm in shape, but, I don’t know why I do it. I’ll never do anything with my career. I’m kind of a loser.”

I ask him if he’d ever think about coaching.

“No sir,” he says. “They don’t give coaching jobs to nobodies like me. I’m just some kid who makes sandwiches now.”

He hands me my roast-beef-on-white. “You think we’re gonna win the championship tonight?” I ask.

And he disappears in back to clean some dishes.

Dear Lord, I know there are important things happening on the world stage. There are wars, terrorism, crooked politicians, and starving people in remote villages who don’t have clean water.

But tonight I met a kid. A polite boy who works in the deli. He thinks he’s a nobody. If it’s not too much trouble, show him he is wrong.