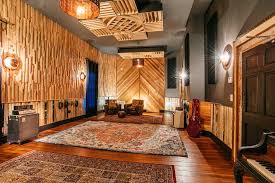 “An Acoustic Evening with Martha’s Trouble, Wilder Adkins and Jacob Blount” will be held Sept. 1 from 7:30 – 11:30 p.m. at The Sound Wall in downtown Opelika.
The event will bring together some of the South’s foremost folk singer/songwriters for a night of “fantastic acoustic music” and fellowship.
Martha’s Trouble, an Opelika-based indie/folk act, is comprised of the husband-and-wife team of Rob and Jen Slocumb. Their work has received national recognition, including featured appearances on several major network television shows and movies, as well as a Billboard Magazine “Top 10 Cover Songs of the Year” award for their cover of the Starship classic, “Nothing’s Gonna Stop Us Now.”
Inspired by poets like Wendell Berry and Mary Oliver and folk music pioneers Bruce Cockburn and Richard Thompson, Adkins blends those influences with his Southern upbringing to create music “steeped in natural imagery (that) frequently touches upon the subjects of faith, doubt … hope and sorrow.” He was most recently a featured performer in the ASCAP Foundation’s 2017 “Songwriters: The Next Generation” showcase.
Blount has extensive experience as a lead guitarist, most notably with the Alabama-based contemporary Christian act “Rush of Fools” and their breakout 2008 single “Undo,” which received the ASCAP “Song of the Year” award. Blount left the band in 2012, and has pursued a full-time career as a solo act and “producing music for commercial clients across the Southeast.”
This is a bring-your-own-beer event. Because of limited seating capacity, those interested are encouraged to buy their tickets in advance through eventbrite.com. General admission tickets cost $15.
Doors open at 7:30 p.m.
For more information, visit www.thesoundwallopelika.com. The venue is located at 605 Ave. B.