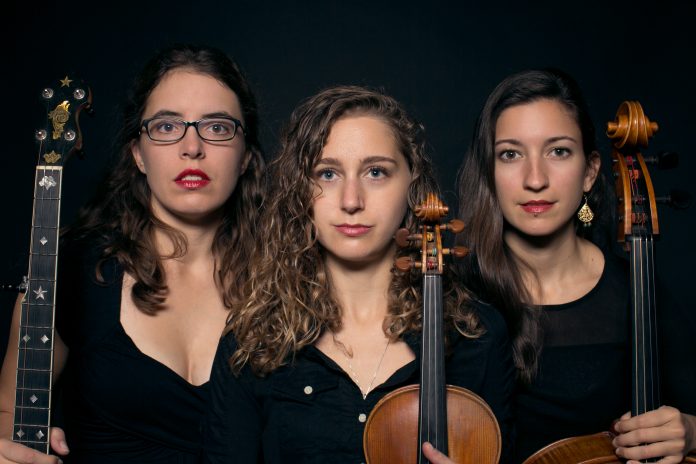 Harpeth Rising will headline the opening night of the Opelika Songwriters Festival on May 24. There will be a wide range of local to international touring musicians performing in six unique venues around historic downtown Opelika.
Single-day, two-day and three-day passes are available online at www.opelikasongwritersfestival.com. The Opelika Songwriters Festival is a production of the Sound Wall. A portion of net proceeds will go toward the Arts Association of East Alabama.
Harpeth Rising was selected for the State Department’s cross-cultural exchange program, American Music Abroad. Out of 300 applicants,15 ensembles were chosen to travel in a series of performances globally. The Block will be Harpeth Rising’s first performance back in America after touring Cambodia and Singapore with American Music Abroad.
Chamberfolk: Three classically trained musicians playing original music, as intricately arranged as a string quartet, lyrically rooted in the singer/songwriter tradition and wrapped in three-part vocal harmonies reminiscent of both Appalachia and Medieval Europe. Building from the tonal depth of the cello, layer in the shimmering sounds of a violin and the strikingly natural addition of banjo to create a sound at once familiar and impossible to categorize.
Unapologetic genre-benders, Harpeth Rising fuses folk, newgrass, rock and classical into something organically unique. The three musicians each hold classical performance degrees from some of the most venerated schools in the world: Indiana University, Oberlin and Eastman School of Music. Hallmarks of their music include expansive three-part harmonies, consummate musicianship and a deft, yet soulful, lyrical perspective.
“Against All Tides”, Harpeth Rising’s sophomore album as a trio, is proof that authenticity and complexity can live in harmony. It is an exploration of spirituality in place of fundamentalism, uncertainty as philosophy, and an unwavering declaration that human connection is the ultimate force for good in the universe. The songs, crafted lyrically by Jordana Greenberg and arranged by all three members of the trio – Maria Di Meglio, Michelle Younger and Greenberg – do not intend to distract from the social and political atmosphere. Altogether, they present a picture of determined optimism: Things are not as they should be, but we will push back, against all tides.
Their previous release, “SHIFTED,” debuted at number one on the Folk-DJ charts, and gained them international exposure, leading to headlining slots at festivals including Kerrville Folk Festival (Texas), The National Folk Festival (Australia), Brevard Music Festival (North Carolina), Musicport Festival (England) and Costa Del Folk (Portugal).