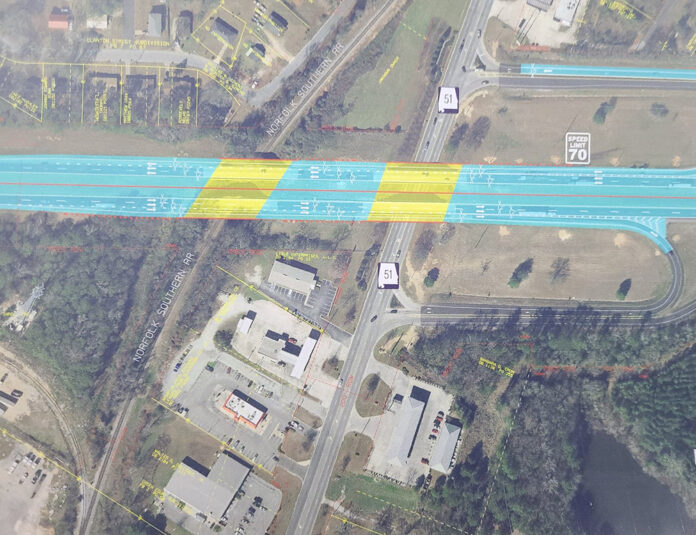 A project that has been gestating for three decades will be finished in the next few years, according to State Senator Tom Whatley.

From Exits 58 to 62, the bridges on I-85 will be fixed, and the acceleration lanes on the interstate will be lengthened, making the highway safer and cutting down on traffic.

“Mayor Fuller and I identified that the chokehold on I-85 from a traffic standpoint was really from Tiger Town to Exit 62, and that’s the most heavily traveled part of I-85,” Whatley said. “The number one thing is safety; this is gonna make I-85 safer because you’re gonna increase the width of the interstate.”

The project has $45 million of funding. That current budget is composed by revenue from the gas tax, other money from the state and a federal grant matching those state funds.

“[Mayor Fuller and I] went to Washington, D.C., and we were able to put together the grant to get the money,” Whatley said. “I’m on the joint transportation committee for the House and Senate. I was able to put the pressure on and put the ask in and get that in our five-year plan.”

Whatley explained that projects that are part of that five-year plan are ones that are locked in to be completed, and that this one in particular is expected to be finished sooner than five years from now.

“It’s in my district, and it’s my job to do what I can to make sure my district gets its share of the federal dollars to do what it needs to do,” Whatley said. “You’re going to see not just construction jobs but also ancillary jobs because of this.”

Whatley expects that those ancillary jobs will be come from increased business along the stretch of highway that is to be improved.