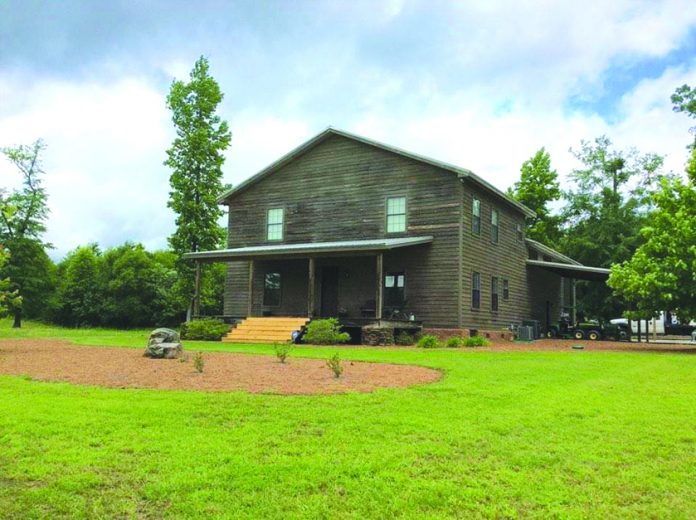 A piece of land and house on Anderson Road will serve as the future home of Opelika’s BigHouse Foundation, news that was announced during the organization’s sixth annual support dinner last week.
Started in 2009 by Blake and Micah Melnick to meet the needs of foster parents in Chambers, Lee, Macon, Russell and Tallapoosa counties, the organization operated out of a small space in downtown Opelika before moving to its location at 211 Samford Ave., where it remained for nearly a decade.
Last year, Micah said their landlord approached her and Blake about his decision to sell the property, forcing them to consider where the organization’s next home should be.
“Space had been an issue at times in that location, and honestly, that conversation was the kick we needed to get that process of moving and finding a (bigger, better) space going,” Micah said.
Along with Blake and their board of directors, Micah said they scoured the Auburn-Opelika area for the right location, eventually settling on the Anderson Road property because of its size, accessibility and home-like aesthetic.
“I can see this being a place where people gather and us host retreats and other events there that we weren’t able to do at our previous location,” Micah said. “We’ve really seen God open the doors because we had so many questions going into this … and all of those have been answered by Him telling us, ‘it’s going to be easier than you thought and cheaper than you thought.’”
Currently, BigHouse is operating out of a temporary space at 112 16th St. near Central Baptist Church. Per their lease, they will stay through the end of 2020 but plan on opening the other location by Dec. 1 and soon after fully relocating to the Anderson Road property. Once relocated, Micah said their clothes closet will be expanded and rebranded.
Last week’s support dinner helped generate a significant amount of funding to cover the costs of purchasing their new location, but Micah said there is still a lot of fundraising left to go.
On the BigHouse Facebook page is an active fundraiser where people can donate.
Thanks to an anonymous grant, each dollar donated will be matched, and Micah said their goal is to raise $100,000 by March 31. Other fundraising events will be scheduled later in the year to help cover other expenses.
For more information, updates or to inquire about volunteer opportunities, call 334-363-2634, follow their Facebook page or send email to bighouse@ourbighouse.org.