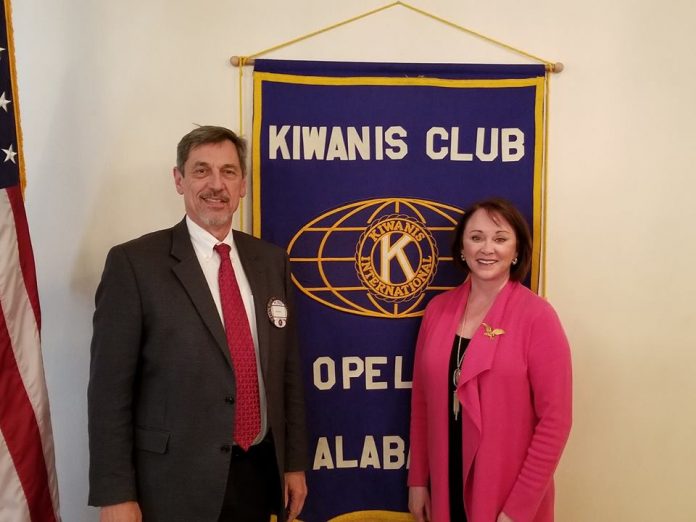 Alice Martin, Alabama’s Republican nominee for attorney general, spoke to members of Opelika’s Kiwanis Club at their meeting last Thursday, addressing both her qualifications and the corruption that exists in Alabama politics.
After graduating from Vanderbilt University’s School of Nursing, Martin attended the University of Mississippi where she received her Juris Doctorate of Law. She now resides in Florence, Alabama, where she previously held the positions of municipal judge and circuit court judge of Lauderdale County.
Martin, with 37 years of legal experience, said she has dedicated her career to stopping corruption in Alabama. She led the grand jury investigation against former Gov. Robert Bentley that resulted in his resignation and established the ‘North Alabama Corruption Task Force’, a group responsible for 140 federal corruption convictions.
“The problem is sometimes the powerful forget about the people and sometimes the special interest become your special partners and special activity that runs foul to the law,” Martin said.
Martin said she believes corruption in Alabama can be combated by increasing funds to legal units and educating Alabamians. She added that she will continue to fight for the people as she seeks election for Alabama’s attorney general Nov. 6.
“I am running for Alabama attorney general because I want to stand for the people and not the powerful,” Martin said.

Standing Up and Speaking Out: AU Students Are Ready for a Change