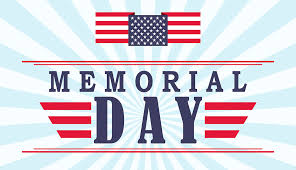 While Memorial Day generally signals the beginning of summer, it was set aside as a day to honor the men and women who have given their lives serving our country. As you plan your menu and activities for the weekend with family and friends, take time to remember those who paid the price for our freedom.
In Opelika, a Memorial Day service will be held Monday, May 27 at 10 a.m. at City Hall. This year U.S. Army Veteran Major Douglas Barrett will be speaking. A reception will follow at the Museum of East Alabama on 9th Street in downtown Opelika.
A few years ago, Don and I visited the Memorials in Washington, D.C., including the National World War II Memorial, Vietnam Veterans Memorial and the Korean War Veterans Memorial. At the Vietnam Memorial Wall, it was emotional for some as they found the name of their loved one. Being there was a humbling experience.
The National World War II Memorial honors the 16 million men and women who served, with more than 400,000 losing their lives. Each year more than 300 Honor Flights take veterans to the memorials.
While in Washington, we also toured Arlington National Cemetery. The massive number of white crosses throughout the 624-acres was striking and haunting,
Many in our family have served. We have been blessed that they came home, although there were close calls. One of Don’s brothers was in a helicopter when he reached for something on the floor, when he raised up, he saw the bullet hole where he was sitting.
During World War II, my father went with his friend Robert Brown of Opelika to join the Army on the Buddy Plan. My father was turned down because of a childhood injury. Robert served and was killed. I always thought my father would have been lost too being by his friend’s side.
I remember the sadness when Dale Hilyer of Opelika was killed in Vietnam, and recall the concern when my aunt’s brother in law, Col. David Hamilton, was missing in action in Vietnam. After many years, Col Hamilton’s body was found and is now buried at Arlington.
Don served in the Marine Corps, and we currently have four family members who are serving or who are married to someone serving. Two of those are expecting to go to South Korean.
On one trip to Washington, D.C., we stayed at the Ritz-Carlton at Pentagon City in Arlington, Va. From the window in our room, we had a clear view of the Pentagon. We could only imagine how those felt who were looking out the windows on 9/11 after the plane flew into the Pentagon.
While we are looking forward to a long weekend to be with family, we will be aware of the reason for Memorial Day.
Formerly known as Decoration Day, Memorial Day originated during and after the Civil War to commemorate the soldiers who died. The name changed to “Memorial Day” in 1882. The day of remembering lost soldiers was observed more after World War II. While May 30 became an official holiday in 1967, it was moved to the last Monday in May in 1968 to become a three-day weekend.

Look over the following recipes from local good cooks and assemble menus for the weekend to have plenty of good food to serve. As you relax and enjoy time with family and friends, take time to reflect and honor those who fought and gave it all for our country to continue to have freedom.

Simple Grilled Vegetables
Emma Jane Hunt
This simple side is a great way to round out any meal and take advantage of the summer’s best produce.
1 eggplant
2 zucchini
2 yellow squash
Extra virgin olive oil
4-6 leaves of fresh basil, cut into thin ribbons
Cut all vegetables length-wise into thin slices, about ¼ inch thick. On a well-oiled grill (a grill pan also works great), cook vegetables for 2-4 minutes per side. Adjust cooking time for how crisp or soft you like vegetables.
Place cooked vegetables on a plate and drizzle with extra virgin olive oil and sprinkle with basil.

Tony’s Rib Roast with Garlic Herb Butter
1 cup butter, softened
7 cloves garlic, minced
2 Tbsp. fresh rosemary, finely chopped
2 Tbsp. fresh thyme, finely chopped
2 Tbsp. salt
1 Tbsp. pepper
5-7 pound boneless ribeye roast, trimmed
Mix together the butter, garlic, herbs, salt, and pepper in a bowl until evenly combined.
Rub the herb butter all over the rib roast.
Oven Method: Preheat oven to 500 degrees. Place rib roast on a roasting pan with a rack. Bake for 5 minutes per pound of meat. A 5-pound roast would bake for 25 minutes, and a 7-pound roast would bake for 35 minutes.
Turn off the heat and let the rib roast sit in the oven for 2 hours, making sure you do not open the oven door or else the residual heat will escape.
Once the 2 hours are up, remove the roast from the pan. Let roast rest for about 15 minutes before carving. Use pan drippings to make gravy, if desired.
Grill Method: In a grill with controlled temperature (Green Egg or Kamado-Joe) set the temperature for 275 degrees. Cook a 7 to 8 lb. roast for about 4 hours, checking internal temperature of roast after 3 to 3 and a half hours. For medium rare, temperature should be 130-135F. Rule of thumb is to remove roast at 120-125F. and allow to rest about 20 minutes loosely covered with foil. This allows the meat to rise a few degrees.

Stacked Salad
Katy Melton
Lettuce
Le Sueur green peas
Bacon bits
Fresh mushrooms, sliced
Mayonnaise
Grated Swiss cheese
Green or red onions, diced
Celery, sliced
Day before serving:
In a bowl large enough for number of people you are serving, place a layer (about 1-1 ½ inch thick) of lettuce that has been washed and torn into bite size pieces.
Over this spread a layer of mayonnaise, sprinkle liberally with salt and pepper, layer of mushrooms, then celery, then onions, peas, bacon bits and cheese. Repeat at least twice or up to as many layers as needed.
Finish with mayonnaise and garnish with bacon curls, parsley, mushrooms or any other garnish. Cover and refrigerate overnight.