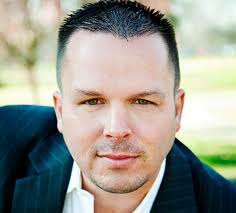 Greetings from Darien, Georgia. I’m sitting in an empty auditorium, but that won’t be the case for very long. Soon, it will be filled with a couple of hundred faculty members of the McIntosh County School System. I’m speaking at their back-to-school Inservice this morning.
I didn’t know until last night that I’d have to write an article this morning, but Lucy asked me to pinch hit. I don’t mind at all, but I am wee bit tired. It’s been an unforgettable week.
Last Thursday, I had a gig at an educational conference in Hot Springs, Arkansas, a beautiful city, by the way.
Hot Springs is named after their “hot springs.” Many famous people from Babe Ruth to Al Capone visited the area for the hot baths.
Warm Springs, Georgia, is of course named after their “warm springs.” President Franklin D. Roosevelt had a residence there due to its healing waters.
Then there’s Opelika… Somehow I missed out on living in Stink Creek, Alabama.
But I digress, as shortly after crossing the Mississippi River, Emily sent me a text.
“Hey everything’s fine. Just letting you know Bella bucked my momma and my momma hit her head. She did not black out but we are at the emergency room right now. Mimi drove us and Abby’s at maw maw’s…don’t freak out because she is ok, just a little loopy.”
Two things: Bella is Lucy’s horse. Lucy is always a little loopy. And, of course, I freaked out.
She’s okay, though. She’s still pretty sore, has a mild concussion, and is still a bit loopy.
I got back from Hot Springs the next day, and was home all day on Friday but left for Texas early Saturday morning. My friend Jose had asked me to pinch hit for him for a gig. I didn’t mind, but I agreed to it weeks before Lucy’s fall.
The event was called Humor for Heroes, and it was a fundraising effort for the American Valor Foundation, which was founded by the Kyle family. Their son was the late Chris Kyle, former Navy Seal and author of “American Sniper.”
I was a bit worried, because the festivities took place outdoors. I’m not a huge fan of performing comedy outside. It’s just not conducive to comedy, although I have done it a few times from an ancient Egyptian amphitheater on the Red Sea to the Monkey Park in Opelika.
In spite of my worries, it went just fine. It was a fun crowd. I truly love The Lone State state.
I didn’t get back to my hotel room until nearly midnight. What made matters worse is that I had to fly out of Dallas at 6 a.m., and that was a two-plus hour drive. And, I had to turn in my rental car.
That’s a good side story. When I picked up the car, the agent at the counter got excited when she saw my drivers license. Her daughter was born in Opelika at EAMC, while she lived in Tuskegee.
Anyway. I slept a little over an hour and made the trip safely. I’m just glad I didn’t have to fly the plane. I would have had to call Jose to pinch hit for me. He’s an Air Force pilot, you see.
I left Atlanta and made the hour long drive to the historic town of Darien. I grabbed a bite and got to bed pretty early.
Now, I’m sitting in my car in the parking lot of a shopping center trying to finish this thing up. My speech went ok. It’s my first of five of those over the next few days, so it was like my first day of school. Plus, I’m tired.
It’s been a great few days. I was more than happy to step up and help Jose and Lucy, as I know they’d do the same for me. That’s what life should be all about – stepping up and helping those in need. We’d all be a lot better off if we did.
Until next time…
Jody Fuller is from Opelika, Ala. He is a comic, speaker, writer and soldier with three tours of duty in Iraq. He is also a lifetime stutterer. He can be reached at jody@jodyfuller.com. For more information, please visit www.jodyfuller.com