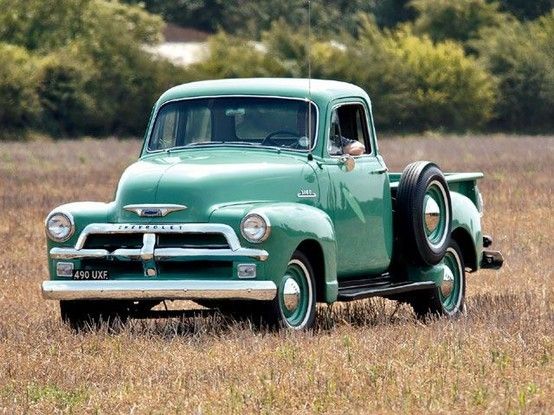 This story isn’t mine, but I’m going to tell it like I heard it. I first heard it from an old man who drove a Ford. And I have a soft spot for old Ford men. So there he is. The old man is driving. He sees a car on the side of the highway. A kid stands beside it. Hood open. The man pulls over.
He’s America’s quintessential old man. He drives a half-ton Ford that he’s been babying since the seventies. He changes the oil regularly, waxes it on weekends. The candy-apple red paint still looks nice.
He looks under the kid’s hood. He can see the problem right away, (a) the transmission is shot, and (b) it’s not a Ford.
Fixing it would cost more than the vehicle. The kid is in a hurry, and asks, “Can you give me a ride to work? I can’t afford to lose my job.”
So, the old man drives the kid across town. They do some talking. The man learns that the boy has four children, a young wife, and a disabled mother living with him. The boy works hard for a living. Bills keep piling up. It rips the man’s heart out.
They arrive at a construction site. There are commercial framers in tool belts, operating nail guns. The kid pumps the old man’s hand and thanks him for the ride.
“Take care of yourself,” the man tells the kid. The kid takes his place among workmen, climbing on pine-framed walls, swinging a hammer.
The old man decides to help the kid. He doesn’t know how. Or why.
But it’s a decision that seems to make itself. That same day, he’s at a stop light. He sees something. An ugly truck, sitting in a supermarket parking lot. A Ford.
A for-sale sign in the window. He inspects it. Single cab. Four-wheel drive. Low mileage. The paint is flaking. Rust on the doors. It’s a glorified hunk of metal, but they don’t make them like this anymore.
Out of impulse, the old man makes a deal. Old men who drive candy-apple Fords have been known to do that.
When the workday is over, the old man pulls into the kid’s jobsite again. The kid is loading work vehicles.
“What’re you doing here?” the kid asks.
“Came to give you a ride home.”
The kid hops in. They drive. They talk again. The sun is lowering. The kid smells like sweat and sawdust. They arrive in a supermarket parking lot. The old man shuts the engine off.
“What’re we doing?” the kid says.
The old man points at an ugly truck with a for-sale sign. “What do you think of that truck?”
The kid’s face gets serious. His eyes become large.
“I asked you a question,” the old man says. “I know it don’t look pretty, but with a little work, it can be a dependable vehicle.”
The kid is unable to speak. He looks like he might even cry.
The old man doesn’t care much for tears—men from his generation don’t. So, he tosses the kid a set of keys. “She’s all yours,” the old man says.
“You gotta be kidding,” the boy answers. “You BOUGHT that truck for me? You don’t even know me.”
“No, son,” the man says. “I didn’t buy that truck for you. I bought it for ME. I’m gonna fix’er up, make her pretty again.”
The old man pats the steering wheel of Candy-Apple Red.
“This is the one I’m giving to you.”
Old men. May I live long enough to be one someday.
Sean Dietrich is a columnist, and novelist, known for his commentary on life in the American South. His work has appeared in Southern Living, the Tallahassee Democrat, Southern Magazine, Yellowhammer News, the Bitter Southerner, the Mobile Press Register and he has authored seven books.