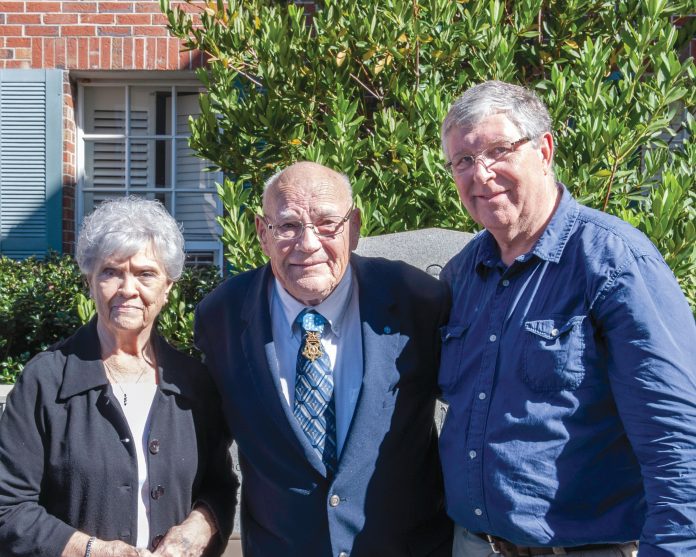 We are all mourning the loss of one of America’s heroes who died last Friday. As a photographer, one has the opportunity to get up close and personal with some great people, Ret. Command Sgt. Maj. Bennie G. Adkins was one of those people.
From the very first time I met CSM Adkins, I thought of him as graceful and friendly. I remember meeting him for the first time at a Medal of Honor reunion held at the Opelika SportsPlex years ago. This was the humblest group of people I have ever met or been around. The stories told of their heroic acts they had performed was amazing, including Adkins fighting off waves of advancing Viet Cong forces to save his comrades.
CSM Bennie Adkins always stopped for me to take pictures of him, and the last couple of years, he would kid me about wearing out my camera on the pictures I have taken of him.
I had the privilege of taking photos of him at events like his bust dedication at the SportsPlex, Auburn University home football games, Memorial and Veterans Day events, him as Opelika’s Christmas Parade Grand Marshal and dedication of the Lee County Annex that was renamed in his honor.
If you have not been to the Lee County Annex to visit the area honoring CSM Adkins, please do. There is a secret there in the display about the night CSM Adkins and the others were fighting to stay alive.
Yes, Adkins was a hero, a credit to our country, a true American and a great guy. He and Mary are going to be missed.
Robert Noles is an award-winning photojournalist who has been with the Opelika Observer for more than 10 years. Originally from Tallassee, he is a graduate of Alabama Christian College and Auburn University.