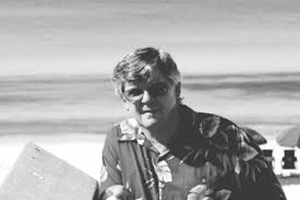 I remember it well.

Woke early as is my custom, fired up my computer, and checked weather.com to see what the day might hold.

That was when I discovered that the subtropical ‘system’ off the coast of the Carolinas had become a tropical storm with a name.

Personally, I wished they had added another “n” so it would be named “Anna” after my little tropical storm of a daughter. But they didn’t.

The 2015 Hurricane Season would not officially open for another three weeks, but nobody told Ana, for there she was, churning toward the coast.

Closer to home, down along the Gulf, folks had been watching the signs and worrying. The water was warming early and the pompano were already running, sure indications that weather was about to turn.       Always on top of things, local newspapers began featuring lists of supplies you needed if you planned to ride out whatever came in and maps of exit routes if you didn’t.

Heeding these warnings, I cleared last year’s colored push-pins from the cork-board hurricane map on which I trace the progress of storms and put in a blue pin for Ana.

Now you might think that growing up 100 miles north of Mobile, I wouldn’t have much to say about hurricanes. You would be wrong. Even that far inland we were frequently battered by what old folks called ‘September gales,’ which were the remnants of stronger storms that hit the coast. Mostly we got rain, but occasionally the system was strong enough to produce high winds up where we were.

Which was what happened in 2004, when Mother Nature unleashed her fury in a series of storms that made my hurricane map look like multi-colored spaghetti.  Alex, Bonnie, Charlie, Danielle – down the alphabet they went, until the list reached Ivan.

Ivan is the one I really remember.  Not because of its fury, which was frightening, but because of how my parents rode it out.

Ivan hit Orange Beach on Sept. 16 and moved rapidly inland with gale-force wind and tornadoes, snapping trees and bringing down power lines.  My parent’s home outside Grove Hill was right in its path.

But they were ready.

When Daddy built his ‘Poutin’ House,’ he installed gas appliances.

Because he wanted a backup stove in case the electricity was lost.

As Ivan approached, the lights flickered, so Mama got on the phone and called Margaret and Stella, two friends who lived alone. Mama invited them to a Hurricane Party.

They came bringing food that they feared would spoil if it was not cooked – gas stove, remember.

The power went off shortly after they arrived, so out to the Poutin’ House they went. Candles were lit and the cooking began.

Daddy had it made.

There he was, 87 years old, with three women (all in their 80s) cooking for him, fussing over him and entertaining him with stories of days past and people long gone from the earth. And knowing my Daddy, a raconteur without peer, he entertained them as well.

Then the lights came on.

The cooking moved from the Poutin’ House into Mama’s kitchen.

Daddy moved with it.

Later, reflecting on the experience, he observed, “If you gotta weather a storm, that was the way to do it.”

Harvey H. (“Hardy”) Jackson III is Professor Emeritus at Jacksonville State University. He can be reached at hhjackson43@gmail.com.

School is back in session

College Football Update: SEC schedule changes, the effect on the Tigers and the Tide

School is back in session