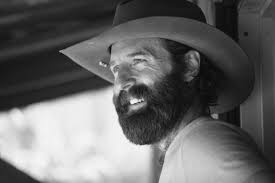 Jacksonville, Florida—a car accident. A crushed car, sideways in the median. Years ago. She saw the car and pulled over. She jogged toward it. It was instinct. She opened the door. The man wasn’t breathing.
She had been working part-time at a pre-school. Pre-schools have mandatory CPR certification classes. Only a few days earlier, she had practiced resuscitating dummies in a church fellowship hall.
She pulled the man out of the battered vehicle. She found his breastbone. Thirty compressions. Two rescue breaths. He’s alive today. A father of four. He keeps in touch.
Athens, Georgia – 19-year-old Billy didn’t want to get into a fistfight. He’d never been in a fight before. He saw a younger kid being beaten by two large boys. He couldn’t stay out of it.
Billy, who’d never thrown a punch in his life, pushed himself into the conflict. He fended off the two attackers, but not without being beaten-up.
Billy took the kid to the emergency room. They became fast friends. He brought the kid home to meet his parents. The boy told them he’d been living with his uncle—who neglected him.
Billy’s parents invited the kid live with them. They fixed the guest bedroom. They bought him a Playstation. They fed him. They made him one of their own.
When Billy got married, the kid was his best man. When Billy had his first son, the kid became a godfather.
When the kid wore a cap and gown to receive a diploma, seven people stood and clapped for him.
Hoover, Alabama—Leigh Ann was your classic shut-in. She was too old and feeble to go anywhere. Most days, she sat in a recliner watching her stories on TV. Sometimes she forgot to feed herself. She had nobody. She’d been lonely ever since her husband passed. Leigh Ann had no children.
One day, a young man who lived on her street noticed the street-address numbers on her house, falling off. He knocked on her front door.
He offered to fix the numbers. A conversation ensued. While they talked, he noticed the paint flaking off her home.
The next day, he dropped in unannounced – with five-gallon paint buckets, three friends, and ladders. They painted all day. That was almost ten years ago.
The young man and Leigh Ann became so close, he referred to her as “Meemaw” sometimes. He read the eulogy at Meemaw’s final service.
Charlottesville, Virginia—Eliana had cancer. She was a young woman. It was a crushing blow. Two months later, her mother was diagnosed with breast cancer.
The next two years were hell. Think: operations, appointments, and treatments. Then multiply that figure times two. Their kitchen counter looked like a CVS pharmacy.
Eliana lay in a hospital bed; her mother was beside her. Her mother received IV treatments; Eliana was her shadow.
They leaned over toilet bowls together. They shaved their heads at the same time. When their brunette locks hit the bathroom floor they cried until their faces hurt. Her mother prayed each night. “Take ME, God,” she’d say. “Just let my daughter live.”
Eliana prayed the same thing—only in reverse.
But life doesn’t always go the way you think it will. Today, they are cancer survivors.
So. Dear evening-news journalists: Thank you for stories on nuclear threats, terrorists, mass shootings, sex scandals, and senseless acts of politics. Thank you for digging up headlines that manage to break hearts and scare the Dickens out of anyone who watches.
But if you should ever find yourself depressed, and hopeless, and without faith in the baeauty of humanity, I know a few people you ought to meet.
Sean Dietrich is a columnist, and novelist, known for his commentary on life in the American South.