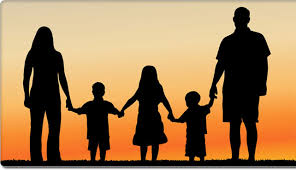 I’m always up to trying new things. A couple of weeks ago, I tried figs. I even climbed a ladder, fought with bees, and picked them—figs, not bees. I’m fairly certain I can check that block and likely won’t be doing it again. But then again, who knows? They were quite tasty.
My grandparents had a couple of fig trees at their home in Tallapoosa County. In addition to figs, they had plums, peaches, pears, strawberries, grapes and so much more. The peaches weren’t plentiful, but everything else was.
The fig trees were near the two apple trees between the house and the garden, not too far from the pump house, right by the well. The apples were green, juicy, and delicious. There were so many of them. Grandmamma would give away as many as she could but too many would still drop to the ground and rot. The bees seemed to enjoy them.
One day, my granddaddy was out working in the garden. This could have been any day, because he worked in it every day. He called me over, and I went a’runnin’ to him between and under the apple trees. I must have been talking, yelling, singing, or something because one of the bees wound up in my mouth and stung me on my tongue. I don’t even remember if it hurt or not, but it sure doesn’t sound like a pleasant experience now. Now that I think about it, I wonder if that’s what caused my stuttering. If so, thank you, Mr. Bee. I like being different.
They also had scuppernong vines. We always called them “scupnuns.” I mean, I didn’t even realize there was a “g” on the end of the word until writing this column. We could pick them from the vine and eat them all day long. I actually have some scupnun jelly in my refrigerator right now.
I don’t know why, but they had persimmon trees, too. I never saw anyone eat a ripe persimmon. I once took a bite out of one that wasn’t quite ripe. My lips shriveled up like I’d just gotten my Chapstick mixed up with my Preparation H.
I never touched the figs. They just didn’t appeal to me, but I was most definitely in the minority. Fig preserves were a big deal out in the county. I just never tried them. I missed out.
They are real sweet and quite good for you, too. Figs are high in fiber and a good source of several essential minerals, including magnesium, manganese, calcium, copper, and potassium, as well as vitamins, mainly K and B6.
My friend Michelle, the office administrator here at the Observer, posted on Facebook that she had an abundance of figs that needed picking. They’d already picked the ones they could reach without the use of a ladder. My other half saw the post and sent me on my way. I figured at 20 weeks pregnant, she had no business climbing up a ladder.
When I approached her house, her son guided me into the driveway and just a few minutes later I was high atop the ladder amongst the bees. While I picked, Michelle covered me with suppressive fire from below in the form of a garden hose. I safely picked a bag full without incident.
That evening, Lucy cut some of them up, topped them with feta cheese, and roasted them. The first three tasted kind of funny, but by the time I ate number, I couldn’t stop eating them.
One day, I hope to have a yard full of fruit, but until then, I’m thankful for my family and friends for sharing the fruit of their labor. I promise to one day return the favor.
Jody Fuller is from Opelika, Ala. He is a comic, speaker, writer and soldier with three tours of duty in Iraq. He is also a lifetime stutterer. He can be reached at jody@jodyfuller.com. For more information, please visit www.jodyfuller.com