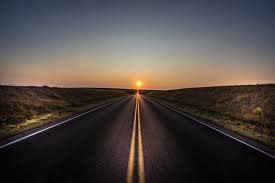 Colorado Springs—I found a twenty-dollar bill on the sidewalk. And because I am a competent, responsible adult, I raced toward the money, shouting, “MINE! MINE!” at my wife.
There they were, two Andrew Jacksons, crumpled. I made the same sound a five-year-old boy makes when he discovers the Tootsie Roll center to a Tootsie Roll Tootsie Pop.
I don’t often find money. It’s not one of my skills. I have a friend who finds money everywhere. He once found a hundred big ones outside a convenience store. I happened to be with him when it happened. I never forgave him.
Thus, with my newfound wealth, I walked into a giftshop to do some dutiful vacation-junk purchasing. Here in Colorado, I am a tourist, and a tourist can never have enough plastic junk to clutter up his home, office, garage, guest bedroom, or storage unit. Then, I overheard his voice.
He was behind the cash register, talking to a customer. His accent was pure Alabama. It had to be. He drew out his vowels the same way Good Ole Boys have been doing since the invention of the beer koozie.
I waited in line with an armful of overpriced trash. I was buying more than twenty-bucks’ worth—three T-shirts, a snow globe, a coffee mug, and a few bumper stickers for my accordion case.
That’s right, I play accordion. My grandfather played, too. Grandaddy told me long ago that the accordion was a great way to pick up chicks. He was grossly misinformed. When it was my turn, I asked the gray-haired man at the cash register where he was from.
“Montgomery,” he said.
Bingo. Alabamians, you’ll note, don’t say “MONT-gomery” like the rest of the free world. They say, “Muh-GUM-ree.”
“How’d you get out here?” I asked.
“Long story,” he said. “I came here for my parents. They’re old and not doing so good. I’m real homesick though.”
He works here part-time, then leaves for his full-time job, caring for folks who are in their late-eighties. His mother has dementia, his father is a few steps from hospice. Most days, he comes to work tired, but he gets through it somehow.
Not long ago, he used to wait tables, but the schedule became too much to handle. The life of a gift-shop cashier is a much better fit.
And even though he doesn’t say it, I’ll bet he’s a wreck inside. Caring for sick people will age a man. Even so, he’s a happy man. And in twenty minutes, he’ll be off work. He’s excited, he tells me, because tonight’s a big night. He’s going to introduce his girlfriend to his parents.
“I can’t wait,” he says. “I’m gonna cook us all steaks, and I just hope my mom has her mind tonight.”
I ask about his folks.
“My dad’s from Montgomery,” he went on. “My mom’s from a little town called Opp, ever heard of it?”
Heard of it? I’ve eaten boiled peanuts while watching a buck-dancing contest at the annual Rattlesnake Rodeo.
“Yeah,” he said. “I miss home, but it is pretty out here, my girlfriend and I love to hike, whenever I get free time.”
When his father developed cancer, he moved in with his mother and she started taking care of him. Then, his mother started showing early signs of dementia, and it’s been a battle ever since.
And I wish I could have gotten more of his story, but the line of customers behind me was growing. People were getting impatient. One woman even cleared her throat and rolled her eyes at me.
So I paid my bill.
“Whoops,” he said, counting my cash. “I think you accidentally gave me an extra twenty.”
No sir. It was no accident. I only wish it were more. Call me if you ever want to go to the Rattlesnake Rodeo.
Good luck at dinner tonight.
Sean Dietrich is a columnist, and novelist, known for his commentary on life in the American South. Mobile Press Register and he has authored seven books.

Go Ahead: Take a Vacation. But Don’t Be an ‘Ugly American.’