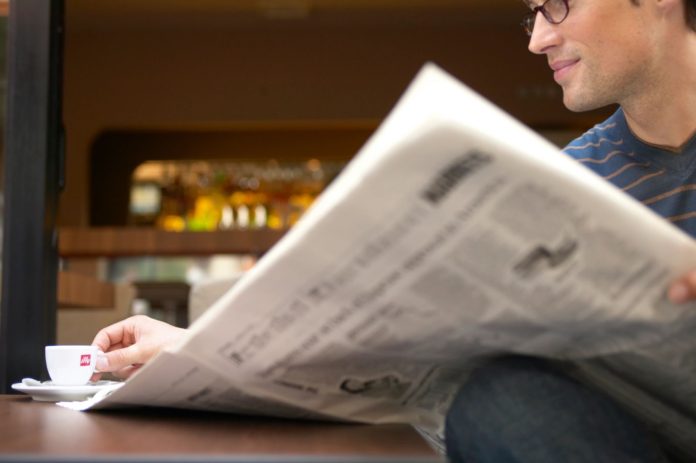 All the news that’s fit to fake
The biggest thing in the news lately has been fake news.
Or as the more simple among us calls it, lies.
Now I am not talking about satire – the things people make up to be funny while at the same time make you think, which you might not want to do, but if  you  read good satire you can’t help but think.
If it weren’t for  satire how would you know that “Obama has signed an executive order requiring the President of the United States to be a taxpayer”  (Borowitz Report, Dec 9, 2016) or how a “Gaping Maw in the Earth Swallows Westboro Baptist Church Whole” (The Babylon Bee, Dec. 14, 2016)?
No, I am talking about stuff that people create and send out to tell us things that the “media” doesn’t want us to know.
Has it struck you, like it struck me, that all these folks taking to Facebook and Twitter to denounce the “media” become part of the “media” in the process, and end up denouncing themselves, which is no less than they deserve.
But I digress.
This sort of thing has been around as long as there have been conspiracy theorists willing to exploit the gullibility of the gullible.
Back in the 1980s (before Al Gore invented the internet) word spread that the Procter & Gamble logo was actually a satanic symbol. Seeing an opportunity to peel off a piece of P & G’s soap empire, some Amway distributors offered their products as a Christian alternative to the Devil’s detergent.
Despite a successful lawsuit and numerous other proofs that the whole thing was a myth-hoax-lie, there remained some out there who continued to  believe it.
As my late father was wont to say:
“Convince a fool against his will,
He’s of the same opinion still.”
In the early days of our Republic, newspapers were openly partisan and to promote their Party they frequently reported “news” that was short on truth and long on speculation.  When readers were predisposed to believe the worst about the other side, the press gave them plenty on which to feed.
In time, in order to reach a wider audience, news outlets became less partisan.  Journalists became preoccupied with getting a story “right” and for the reading public “news” and “truth” became synonymous.  As this happened, fake news was relegated to fringe publications that excited their small subscribership with stuff that responsible newspapers knew was false and ignored.
The thirst for fake news was satisfied by the Tabloids, which titillated readers with stories about aliens, abductions, and adulterous celebrities.
However, with the arrival of the Internet what was once on the fringe became accessible to many, and once it was, it could be circulated as “news.”
Years from now I suspect the “Birther Movement” will be studied as an example of what a piece of “fake news” could lead to.
Seeing how quickly something like this catches on, anti-Clinton forces in Russia working through the Patriot News Agency flooded the internet with fake “news” claiming that the Democratic candidate was involved in Satanism, pedophilia and other things that people who were looking for justification for their hated of Hillary took as revealed truth.
One of the believers became so convinced that Clinton operatives were running a child sex ring out of a Washington pizza parlor that he took a gun, entered the place, threatened employees, and fired at least one shot before he was apprehended.
Now there are, and have been, ways to combat fake news. Snopes.com, FactCheck.org, and the Washington Post Fact Check are available. But I have found that when I direct fake news spreaders to one of these sites and point out that what they are sending out is bogus, they often denounce the checker as bias and me as a victim of fact-check fraud.  They don’t care how many “Pinocchios” a story that they like is given by a fact-checker.  You don’t make friends by pointing out their shortcomings.  But on the other hand, just letting it pass suggests I agree with them.  Wouldn’t want to do that.
The latest news checker is Gossip Cop, which gives us yet another tool with which to cull out fake news.
Still, it won’t be easy, for much of what passes for “news” is really opinion and what passes for opinion is speculation based on fear rather than fact.
Like Daddy said.
So I applaud efforts to keep fake news out of Facebook, Twitter, and other social media.  But as people who distrust “the media” become “the media” themselves, and as they become the judge of what is “real” and “fake,” I don’t hold out much hope for success.
Harvey H. (“Hardy”) Jackson is Professor Emeritus of History at Jacksonville State University. He can be reached at hjackson@cableone.net.