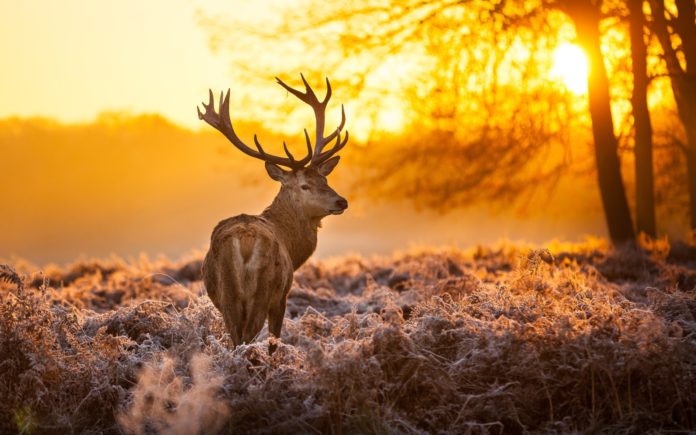 Driving through the heart of Alabama last weekend I saw more than a few big pickups with dog crates in the beds.
Hunting season.
I don’t hunt.
At least not any more.
I used to hunt, but I never worked to become good at it.
I’m sorta like the old preacher who was such a poor shot that he quit hunting. For him it was a waste of God’s precious time.
There was that.
There was also that when I was young and might have gone into the woods, hunting season coincided with football season. After a Friday night getting snot-wholloped on the gridiron, getting up early to ambush some unsuspecting animal was not on my agenda.
Besides, there was no cheerleader to hug you after a successful hunt.
Another mark against hunting.
My father was a hunter, and I well recall him going into the woods at dusk, after work, to “tree” a turkey, then getting up in the pre-dawn darkness to wait for the bird to wake, stretch, and meet its maker. I never took part. Maybe Daddy lacked the patience to teach me or I lacked the patience to learn, but probably because it was his solitary pastime and a man needs that.
He did take me deer hunting – deer drives – which consisted of men gathering on someone’s land, parceling out places (“stands”) for each hunter to wait for the game which was “driven” past them by the dogs that a handler had taken to an assigned spot and turned loose to raise the frightened animal and propel it to its doom.
As you can tell, here in my dotage, I have as much regard for the hunted as for the hunter.
But not back then. Not when I was a hunter.
Or at least pretending to be.
The pretense began as I joined real hunters keeping warm around a fire and listened to the talk of dogs, deer, and men gone from the earth but still living in memory – “Remember how ‘Buck’ Waite . . .” – the grandfather I never knew, but whose skill was still recalled and which gave me a credibility I never deserved.
I have the antlers from one of his kills, mounted and displayed.
But I digress.
They would talk and I would listen, waiting for the “stands” to be assigned and knowing I would get one of the poorest, which was OK, for if I was placed where a deer might run I was likely to shoot and miss and instead of having the hot blood smeared on my face to mark me as a hunter, I would have my shirttail ceremonially cut off – which is why I always wore a shirt I could sacrifice.
(For the literally inclined among you, if this sounds a little like it was lifted from William Faulkner’s The Bear, it wasn’t, though repeated reading of that great hunting story surely influenced my telling. Would that it had also influenced my writing.)
They, the hunters, would pass around a bottle, skipping me and any other boys present, and discuss whether or not this would be a licensed hunt or a “meat” hunt – a “meat” hunt being one where any deer that comes under your gun – buck, doe, or spotted fawn – ceases to be a deer and becomes venison.
These were always “meat” hunts.
Then we would go to our assigned spots.
It never occurred to me that I would be standing within shouting distance of men with whiskey on their breaths and guns in their hands, and I was in as much danger as the deer.
The first few times Daddy and I shared a stand, but eventually I graduated to a stand of my own. There, with my double-hammer, 16-gauge shotgun, I would listen for the sound of the pack that real hunters could divide by voice – “that’s Rusty, hear him?” – and wait for the animals, chased and chasing, to run by another stand and another gun.
I never got off a shot.
Nevertheless, I was there, so if there was a kill, when the meat was divided, I got my portion, small though it was. It, combined with my father’s, meant a couple of meals as only my Mother could cook them.
Then I went off to college.
Flash ahead to 1990. That was when I got my first and only deer.
Got it on Hwy 431, just south of Gadsden.
Got it with a Buick.
There is a point to my telling this.
A “deer warning” has been issued for much of Alabama and Georgia.
It is fall. The weather is dry. Deer are looking for forage along roadways. Be alert or you might get one as well.
Or one might get you.
Harvey H. (“Hardy”) Jackson is Professor Emeritus of History at Jacksonville State University. He can be reached at hjackson@cableone.net.