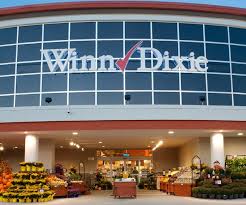 I was in Winn-Dixie on important business—buying Chili Cheese Fritos, a Superman comic, and a jar of Skippy for my dog. I met a man who recognized me.
The man shook my hand and said: “Hey, I like your angel stories.”
His name was Allen, and he told me an angel story of his own. And I promise to tell it to you. But first, I owe you a brief history on myself.
When my father died, I was twelve. I was a lonely kid, moderately chubby, uncoordinated, duck-footed. I had a nose the size of Mount Rushmore, and a deep affection for Chili Cheese Fritos. I’m getting ahead of myself.
As a boy, my mother’s friend gave me a paperback book with a worn cover. The book was titled: “Angels: God’s Secret Agents.”
I was thinking to myself, “Gee thanks, lady. Why would any red-blooded boy want a sissy book on angels?”
Today, it’s books on cherubs. Tomorrow, it’s pedicures and swapping lemon bar recipes at bridge club. I read the book three times through. Cover to cover.
And I hoped I would see an angel someday. In fact, I wanted it so bad it almost hurt. But I never saw a single feather. And somewhere along the way, I just gave up hoping.
Anyway, years later I started writing. I wasn’t thinking much about miracles anymore. Then I met an old man at a nursing home. His name was Ben.
“I was a boy,” said Ben. “I’s riding in the bed of my daddy’s truck, my brother was following behind in another car…”
The truck hit a bump. Ben bounced out and hit the dirt. His brother couldn’t stop in time and ran straight over Ben.
Ben’s rib cage was crushed. His lips turned blue. His father cried.
Then, a man appeared. A drifter, wearing a fedora, carrying a duffle bag. The man said nothing. He only touched Ben’s chest once. Ben’s ribs expanded. The man disappeared.
Ben lived until ninety-one.
Here’s another, sent to me by a reader:
When Carol was a girl, her mother was awakened in the middle of the night. An old woman was standing over her bed. She had long white hair and wore a dress.
The house was on fire. The walls, the ceiling, the carpet. It was a scene from hell. The old woman said to Carol’s mother, “Wake up, it’s time to go.”
Carol’s mother followed the woman through a maze of inferno and managed to rescue her two sleeping daughters. The old woman was never seen again.
And now for Allen.
Allen is an ironworker. One day, he was walking iron beams, unsecured. Normally, Allen would’ve been tied off with a harness, but he’d been careless that morning.
He slipped. He started to fall, but before his feet ever left the iron, someone grabbed Allen’s jacket. A young man with a black beard held Allen before he fell ten stories.
The bearded man said, “Careful now, Allen.”
Allen didn’t recognize him. None of his coworkers remember ever seeing the man.
Allen cried when he told me the story—right in the Winn-Dixie.
So.
To the young version of me, who’s reading this right now—eating Fritos. And to the kid who wants to have proof of something big.
To the person who needs a good thing to believe in before they leave for work this morning. To the single mother who feels overlooked.
The young couple, grieving for an infant. The man diagnosed with an autoimmune disorder. The woman diagnosed with breast cancer. The kid who just lost his dog. The girl reading these words on her phone.
And to you. You’re not alone.
Sean Dietrich is a columnist, and novelist, known for his commentary on life in the American South. His work has appeared in Southern Living, the Tallahassee Democrat, Southern Magazine, Yellowhammer News, the Bitter Southerner, the Mobile Press Register and he has authored seven books.