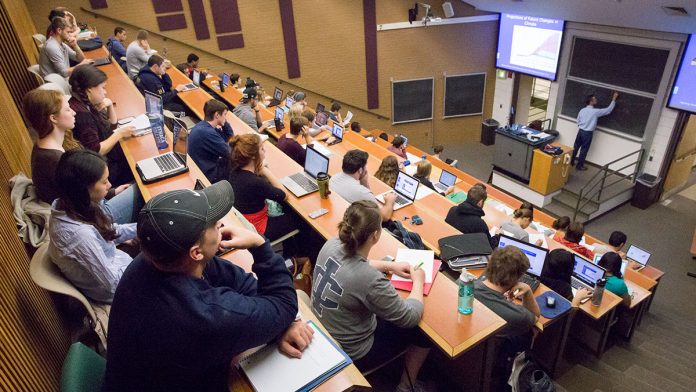 By Greg Markley
For the Opelika
Observer

It’s amazing how people think a “liberal” education means learning through an ideological prism. Some may even think that at the first class, the new teacher will introduce himself—“Hello, I am a Bernie Sanders clone and you can expect me to spread socialist ideas in class.” That is NOT what the term liberal education means. With a liberal education, you get a smorgasbord of ideas and experiences, not force-fed partisan dogma. You will get the “Burn,” not the “Bern.”
The Association of American Colleges and Universities defines liberal education as “a philosophy of education that empowers individuals with broad knowledge and transferable skills, and a stronger sense of values, ethics and civic engagement … characterized by challenging encounters with important issues and more a way of studying than a specific course or field of study.”
For months, whenever I bumped into him at Fort Benning, Georgia, I tried to convince a young security guard that he should go to college. He tried it once, but did not care for the survey courses like history and English.
“I just want to be a carpenter or a welder, and why do I need these other classes,” he said with discouragement. I explained that a liberal education can be eye-opening and broadening. I heard he was back in college part-time. I hope he succeeds!
Thomas Ehrlich and Ernestine Fu, in a 2015 Forbes article, wrote that among the questions a liberal education helps answer are: “What kind of person do I want to be? What kind of world do I want? What am I prepared to contribute to that world?” They add: “Wisdom in handling these issues is most frequently gained through study in the humanities – especially philosophy, literature and history – where struggles with such core concerns are often center-stage.”
Not only liberal professors give their own personal opinions in class.
Conservative professors occasionally go off the track and so do libertarians. Some teachers tell students up-front what their ideology is so at least they know early. In graduate seminars, students readily accept pontificating because they have four years of college behind them and can distinguish between a fact and an opinion.
When I first had a professor at Auburn University for a graduate class, I looked at his resume and saw the words “Berkeley, Berkeley, Berkeley.” Yes, he earned his bachelors, masters and doctorate from UC-Berkeley. That university is known for its liberal if not radical tint, especially in the 1960s and 1970s. Despite this, he never in-class promoted the ideology of UC-Berkeley. He’s retired now, but is a good man and a fine example of how to teach without preaching.
Gradually, professors at some of the nation’s leading colleges and universities realized something must be done, because the viewpoints of people outside the liberal universe were being discounted and delegitimized. So in 2015, Jonathan Haidt, a social psychologist at uber-liberal New York University, decided to do something big. Along with a psychologist and a lawyer with similar academic interests, Haidt established the Heterodox Academy.
Heterodox means “not conforming with accepted or orthodox standards or beliefs.” It’s a good title for an organization that promotes intellectual diversity in higher education. This group now has more than 2,500 professors, administrators and graduate students as members. (Full disclosure: I myself have been a member of HxA, as it is nicknamed, since 2018.)
A Pew Research Center poll in 2017 indicated that a significant majority of Republicans and conservative-leaning independents believe this about today’s colleges and universities: that they have a negative impact on America. With such a poor result, academic institutions are devalued to a point that will hurt public funding and support. Small “l” liberal education itself is not the problem. It’s Liberalism gone amuck on campuses that bears much of the blame.
Greg Markley is a longtime Lee County journalist. He has masters degrees in education and history and has served as an adjunct instructor at Fort Benning and in Montgomery.