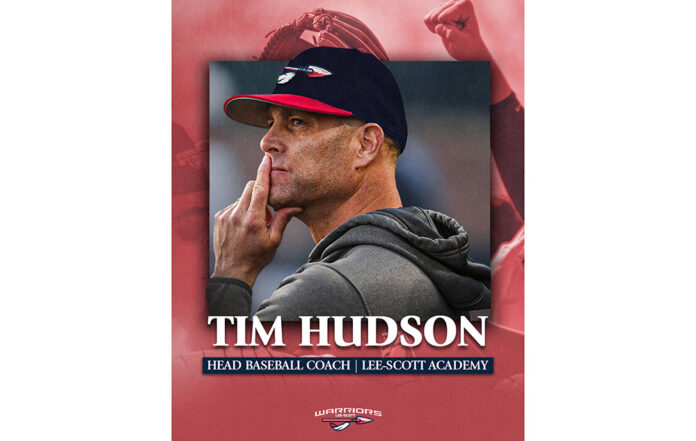 After an incredibly successful two-year stint that featured a trip to the College World Series at Auburn, Hudson was selected by the Oakland Athletics in the sixth round of the 1997 baseball draft. From there, he spent 17 years in the major leagues with the Oakland Athletics, Atlanta Braves and San Francisco Giants. He finished his career with a 222-133 record, a 3.49 ERA, was named a four-time MLB All-Star and won the 2014 World Series while with the Giants. Since retiring, Hudson has been inducted into the Braves Hall of Fame (2018) and the Alabama Sports Hall of Fame (2018).

In 2020, Hudson was named the volunteer assistant and pitching coach for the Auburn University baseball program. Under his tutelage, eight Auburn pitchers were selected across three MLB Drafts, including five in the 2022 MLB Draft.

“We are extremely excited to welcome coach Tim Hudson to Lee-Scott Academy,” said LSA Head of School Dr. Stan Cox. “Tim brings a wealth of knowledge and experience to our school and his proven track record of making the most of his opportunities impressed the search committee. Tim will bring the community together both on and off the field in his efforts to further the success of our baseball program.”

Hudson and his wife, Kim, have been married since 1999. They have three children, Kennedie, Tess and Kade. Kennedie is a 2019 graduate of Lee-Scott Academy while Kade will be a senior this upcoming school year. Tim and Kim also co-founded the Hudson Family Foundation in 2009 with a commitment to identify areas of need in local communities, including children and families in need of physical, emotional and/or financial assistance. Their family worships at Church of the Highlands in Auburn.

“We are fortunate to have a coach and a man like Tim Hudson coming to lead the young men of our baseball program at Lee-Scott,” said Lee-Scott Academy Athletic Director William Johnson on the hire. “Tim’s success at the highest level of baseball and his knowledge will serve our young men well both in the game of baseball and in the game of life. While Tim and his family have long been involved with Lee-Scott Academy, we are incredibly honored and excited to welcome him to the Lee-Scott Family in his new role.”