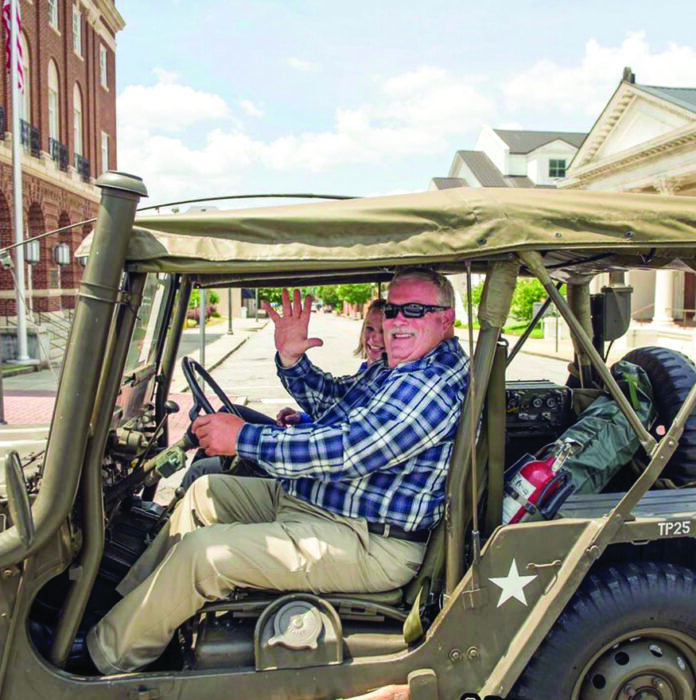 For days I sent Johnny texts that went unanswered.

“How are you Johnny?”

“Are you okay? I’m getting nervous about you.”

Lawrence was retired from the Auburn Fire Department, which he loved dearly, and was serving as the District 2 Lee County Commissioner.

I would see him bimonthly at commission meetings, but our friendship was far from just a quick handshake and a quote for the paper.

The day I first met Johnny, I was tagging along to Lee County Commission with a former reporter who was “showing me the ropes” and introducing me to people I would need to know in my new job. I was fresh with a journalism degree from Auburn University and had never even been to the courthouse before.

After the Pledge of Allegiance, a prayer, a lot of votes and some public discussion, the meeting ended, and Johnny came over and introduced himself.

He seemed genuinely excited for me in my new job and wanted to work with me in the future, he told me at the time.

We scheduled a time to grab lunch together.

Since then, I came to rely on Johnny and trust him tremendously. If Johnny called me and told me something was up in the county, I jumped into action.

When four-year-old Vadie Sides went missing in March of 2020, Johnny called me from the woods to let me know.

Johnny called me about false alarms, and he called me when it was certain news. He never wanted me to miss a scoop.

Johnny was strong, he was kind, he had a huge heart and he was loyal. He was loyal to Lee County and loyal to Auburn. He wanted the best for the people he served and wanted to see the community flourish.

He once told me, in the parking lot after Lee County Commission, where we stood and talked many times, that Auburn needed people to stay. The students study and leave, but the community needed people who cared and stayed to make it great. That’s what Johnny did. He graduated from Auburn University and was serving the city and county until his death.

When his family was hit with the coronavirus and Johnny was admitted into the hospital, he sent me a text and let me know. I was with family in Nashville at the time, but I don’t remember being too worried. Johnny would fight and beat the virus. I never seemed to think it would end any other way.

The next day I checked up on him again, twice, and received the last message I would get from Johnny:

“I am on a High Flow Oxygen breather. My 02 SATS are 94 percent and I feel better. Still in ICU. Everyone holding their own.”

Johnny was the kind of guy to ‘hold his own.’ In fact, I’ve seen a lot of headlines and a lot of tweets that said Johnny lost his fight with the coronavirus.

Johnny was a Christian and after he passed, his wife, Maggie, posted on Facebook to let the hundreds of people who had worried and prayed know.

“Thank you for all prayers and love. Our beloved Johnny Lawrence, faithful and loving husband and father, is now at peace in the arms of God he loved.”

When a Christian dies, their fight is not lost, but won. Their life is not over, but beginning. Johnny is rejoicing with the Savior. He was called home, his job was done.

Unfortunately, things on earth are not so easy. I cried when we lost Johnny. I cried the week before, when I learned things were getting worse.

My heart hurts to know I’ll never see him again, but I’ll never understand the pain Maggie and his daughter Julia, are going through. The most I can offer is sympathy, but so much more importantly, prayers.

City of Opelika will celebrate Family Day and Family Week

Three Freshmen Who Can Step Up for Auburn in 2020

City of Opelika will celebrate Family Day and Family Week

Three Freshmen Who Can Step Up for Auburn in 2020