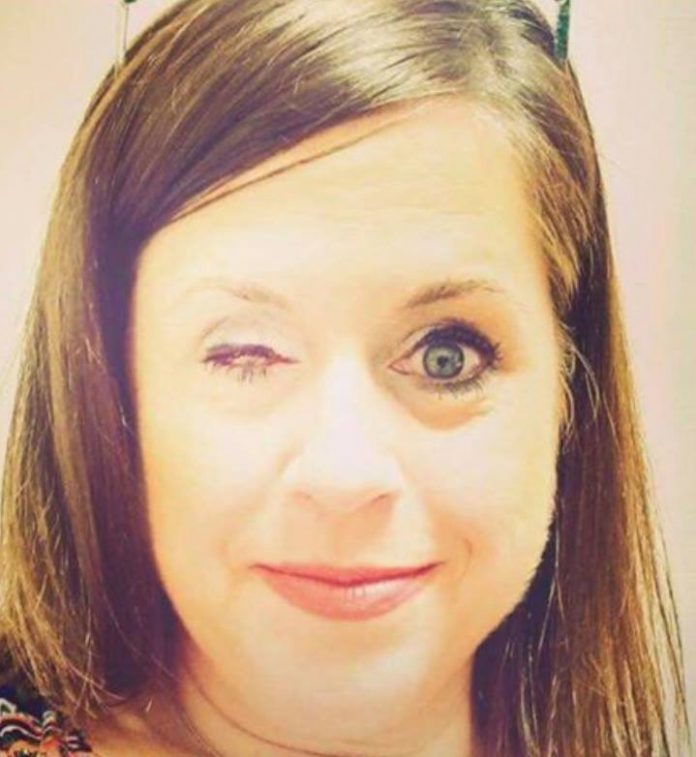 Researchers from Thomas Jefferson University’s Sidney Kimmel Cancer Center are coming to Auburn this week to interview and gather data from at least 13 former Auburn students who have been diagnosed with Uveal Melanoma.
According to research and statistics provided by the U.S. National Library of Medicine, Uveal Melanoma is a type of cancer that develops in the cells that produce pigment. This disease affects 5 in 1 million people, usually men over the age of 50, making it one of the world’s rarest forms of cancer.
Ashley McCrary, a 1992 Auburn graduate, said she was diagnosed with the condition in June 2012, after a friend observed something unusual on the surface of her right eye.
“We were on a beach trip, and (my friend) Jill looked at my eye and said, ‘what’s that? what’s that spot on your eye?’ And I told her that I didn’t know what she was talking about,” McCrary said. “And when I looked in the mirror I could actually see the tumor on my iris. It was a black spot. I had never noticed it.”
Following a series of doctor’s visits, an ophthalmologist informed McCrary that she had the cancer, and that eye removal was her only option to stop the spread of the disease before it metastasized. After the procedure in August 2012, she said she has learned just how fortunate she was to have survived.
“Every doctor I’ve seen since then has said that most people with this type of cancer don’t know it until it’s too late. It’s highly metastatic,” McCrary said.
Since 2012, McCrary said she has discovered that she was not alone in facing the disease, as three of her female college roommates and several others who attended, lived and worked on Auburn’s campus between 1980-2001 have also faced the same diagnosis in recent years.
McCrary said she created a Facebook group last year, which received a flood of public response, comments and stories from people directly or indirectly affected by the cancer.
A similar incidence of the disease was found last summer in 20 young women who lived in Huntersville, North Carolina, prompting Drs. Marlana Ofloff and Takami Sato of TJU and retired ophthalmologist Mike Brennan to make the trek to Auburn to interview the patients involved in this cancer cluster to find its underlying cause.
Auburn University officials released the following statement on the doctors’ visit, as well as the school’s stance on the health and wellness of its faculty and students.
“The university encourages spreading the word about uveal melanoma and all types of cancer and the need for early detection, and it welcomes the cancer researchers looking into this rare cancer. Our understanding is the scientific community has not yet established what causes it, and there is no known causal connection that would indicate any student or employee is in danger,” the press release read. “The university would act immediately if it knew of any unsafe condition on campus. The health and safety of our students and employees are of utmost importance. Tests are available through optometrists or ophthalmologists for anyone wishing to be tested.”
McCrary backed the statement, adding that the university has demonstrated transparency through the process.
“They (the doctors) are not coming in here without any other motive than to find out information from the patients and to set up some communication with the campus,” McCrary said. “If we can find a cause or something to keep people from getting this, that would be awesome.”
University health officials and state medical representatives will also be present at the meetings later this week. McCrary encourages those who have or know anyone dealing with the disease to contact her via her Facebook page, ‘Auburn Ocular Melanoma Page’ or email her at amccrary1@bellsouth.net.