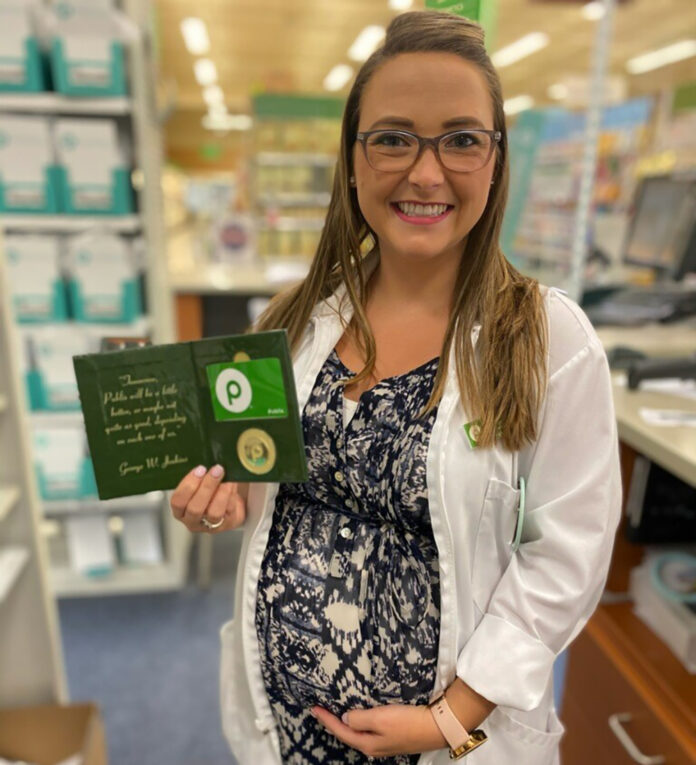 When the COVID-19 pandemic hit America, the typical first thought might have been, “I hope I don’t get it or give it to anyone,” or, “I hope this just blows over soon.” Leane Reynolds’s, who has been working as an assistant pharmacy manager at Publix since 2019, first thought was something like, “I wonder if Mr. Chris  needs any help getting his groceries—I could do that for him.”

Reynolds said that she makes small talk with most of her patients, that she knows their families, a little bit about their lives, maybe some tidbits that lie just barely deeper than the immediately apparent. Chris Ranew is one of those patients about whom Reynolds had some knowledge.

“I knew he had a lot of health problems; I would always see him on the automatic shopping carts and he always had oxygen with him,” she said. “He was kind of the first person I thought of who doesn’t need to come into the store, be exposed.”

The next time he called the pharmacy about refills on his medications, Reynolds told him that he need not hesitate to give her his shopping list. He took her up on her offer, and that was the beginning of a relationship more meaningful than the typical pharmacist-customer one.

She saw how much Ranew was having to pay for his medications and decided she could do more than deliver his groceries for him. She and her husband decided to pay for Ranew’s next load of groceries themselves.

“I was getting ready to ring it up, and Craig, our store manager, came over with a $100 gift card,” she said. “It was almost like a God thing.” Such a gift card was given to several employees, and another associate decided to use his for Ranew’s groceries also.

Reynolds has gone above and beyond the already high baseline level of Publix customer service. She left “May I help you take your bags to your car, ma’am?” in the dust a while ago. She regularly checks on Ranew (at least once a week) to make sure that he has all his medications and groceries.

When Ranew’s recliner broke, his first call was to his pharmacist. Reynolds looked for a new one on Facebook and they eventually replaced the chair together. “He’s almost like a grandfather figure to me,” she said.

The Gold Coin Recognition program is one in which Publix recognizes “the exceptional examples of outstanding service” of its employees, according to the store’s website. It goes on to say that recipients of the coin should feel like they’re being recognized directly by Publix’s CEO because that is who has final say in every award given.

The Gold Coin has been awarded to a group of Publix employees in Florida who got a new dog for a man whose former pet was hit by a car. It has been awarded to a Georgia Publix bakery manager who baked and decorated a birthday cake for free when she saw a woman holding back tears at the counter; the cake was decorated with doves and clouds and the name of the woman’s daughter, who would have been celebrating her first birthday if she had not passed away shortly after being born. It has now, after a call from Ranew to Publix corporate, been awarded to an Auburn pharmacist who bought and delivered groceries (and picked out a recliner) for an elderly man during the COVID-19 pandemic.

“My job is not to fill prescriptions; my job is to care for people,” Reynolds said. “It’s been really scary; a lot of our patients are elderly and there’s been a lot of uncertainty. I think I get my reward in heaven.”