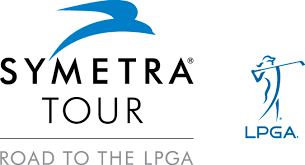 The Symetra Tour, the official qualifying Tour for the LPGA, will be playing a professional golf tournament May 23-26 on the Lake Course at Opelika’s RTJ Grand National in Opelika, Alabama.

A field of 144 female golfers will compete for the highest purse ever on the Symetra Tour, valued at nearly $300,000. A pro-am and other community events will be held earlier in the week.

“While we started the year with one tournament scheduled to be played on the Trail, we are delighted to welcome a second Symetra Tour event to the Trail in 2019, along with a new Web.com Tour event,” said John Cannon, president of the Robert Trent Jones Golf Trail. “These three events will showcase the quality of Alabama golf around the world. With such a quick turnaround, these new tournaments are a true testament to our staff and the world-class golf offered to the public along the trail all year long.”

Here are the professional golf tournaments being played on the RTJ Golf Trail in 2019:

“We will have a strong need for volunteers and other community partners for these events,” said Cannon. “Both Opelika and Prattville have strong track records in hosting great events and offering exceptional hospitality. We look forward to welcoming these professional golfers and their fans to Alabama’s Robert Trent Jones Golf Trail,” said Cannon. “We encourage the fans to come back and play these courses for themselves.”

The Symetra Tour is the official qualifying tour of the LPGA Tour and enters its 39th competitive season in 2019. With the support of its entitlement partner Symetra, the Tour’s mission is to prepare the world’s best young women professional golfers for a successful career on the LPGA Tour. Since Symetra’s inaugural sponsorship year in 2012, the Symetra Tour has grown from 16 tournaments and $1.7 million in prize money to $4.0 million in prize money awarded over the course of 24 tournaments. With more than 600 alumnae moving on to the LPGA, former Symetra Tour players have won a total of 437 LPGA titles. Follow the Symetra Tour on the web at www.SymetraTour.com, Facebook.com/Road2LPGA, Twitter.com/Road2LPGA, and YouTube.com/Road2LPGA.

Additional information on these tournaments and how to become involved will be available online at rtjgolf.com.