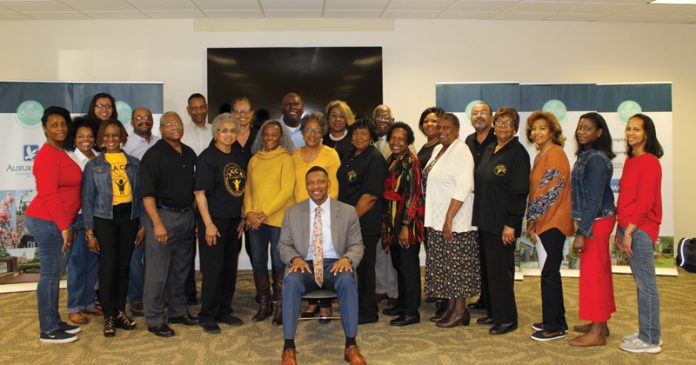 People of Action for Community Enrichment held its monthly meeting at the Auburn Chamber of Commerce on March 14. Newly appointed Chief of Police Cedric Anderson was the featured speaker. Chief Anderson has served more than 30 years in law enforcement, including 10 years as a U. S. military police officer. Anderson is a graduate of Auburn University and holds a master’s degree from Faulkner University. He served as an adjunct instructor and is currently working on his doctorate degree at Auburn University. Anderson has received numerous awards and recognition and is known throughout the community for his involvement and development of outreach efforts such as the “Bridges” program and “Neighborhood walks.” About PACE: PACE is a diverse group of men and women who support and represent various community agencies and organizations. For additional information contact paceleecounty@gmail.com. Officers are: Audrey Marshall, President; Dr. Addie Swinney, Vice President; Charles Smith, Treasurer; Reverend Jonas Rutledge, Chaplain; Angela Alexander, Recording Secretary and Richetta Stephens, Corresponding Secretary.