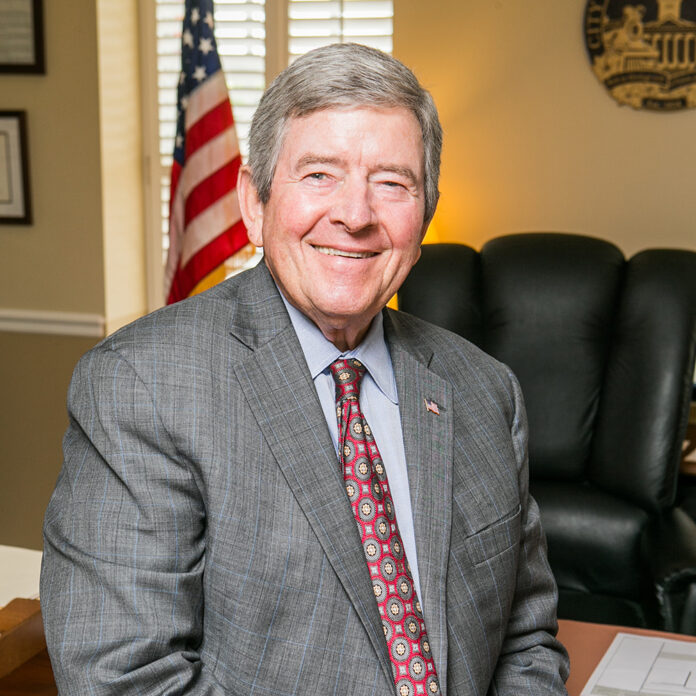 Courtesy of the
City of Opelika

Opelika Mayor Gary Fuller was recently elected by his municipal colleagues to serve as Vice President of the Alabama League of Municipalities for 2020-2021. He was elected and took office during the League’s Annual Business Session, which was held in Montgomery.

“We appreciate Mayor Fuller’s commitment to his community, local government and our organization,” said League Executive Director Greg Cochran. “Municipalities are the foundation of Alabama’s economy and Mayor Fuller understands that collaboration and partnerships across all levels are necessary to provide essential resources to foster safe, vibrant communities where our citizens can live, work, play and prosper.”

Mayor Fuller serves on the League’s Stimulus Task Force and is the past chair of the League’s Committee on State and Federal Legislation. He has completed the League’s Basic and Advanced Certified Municipal Official programs and is currently working on his CMO Emeritus designation, which is awarded to officials who have acquired a minimum of 120 credit hours of Continuing CMO Education through a series of one-day programs designed especially for mayors and councilmembers who voluntarily wish to receive formal training in municipal government. Emeritus status also requires earning a total of 15 points, which can be achieved by serving on ALM committees and attending specific ALM and National League of Cities (NLC) events. Through these programs, Mayor Fuller has received formal classroom training in subjects such as council meeting procedures; parliamentary procedure; the Open Meetings Law; public records; ordinance drafting; conflicts of interest; the State Ethics Law; duties of the mayor and council; tort liability; the competitive bid law; zoning and planning; annexation; municipal regulatory powers; municipal revenues and expenditures; personnel actions; and leadership development.

Based in Montgomery, the Alabama League of Municipalities was organized in 1935 and has served for 85 years as the recognized voice of the cities and towns in Alabama. Representing more than 450 member municipalities, the League works to secure enactment of legislation enabling all cities and towns to perform their functions more efficiently and effectively; offers specialized training for both municipal officials and employees; holds conferences and meetings at which views and experiences of officials may be exchanged; and conducts continuing studies of the legislative, administrative and operational needs, problems and functions of Alabama’s municipal governments. For more information, visit www.almonline.org.