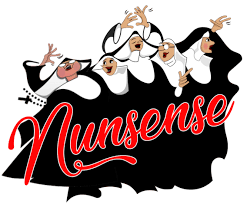 The Opelika Theater Company will put their twist on the musical comedy “Nunsense: The Musical” with six shows in January, with all performances set to take place at the Southside Center for the Performing Arts, located at 1103 Glenn St.
Composed and written by Dan Goggin, the production was met with critical claim upon its release in 1985, eventually becoming the second-longest Off-Broadway Show with more than 3,600 performances.
According to a review from GuidetoMusicalTheatre.com, Nunsense: The Musical is a “hilarious talent show staged by five survivors at the Little Sisters of Hoboken nunnery, the rest of the sisterhood (47 sisters) having succumbed to botulism after eating vichyssoise prepared by Sister Julia, Child of God.”
As a result, they are forced to raise money for their burials. Thinking that they have raised enough money, the “Reverend Mother” uses the remaining proceeds to purchase a smart television. The rest of this story filled with total hilarities as the remaining sisters “must figure out how to get themselves and the Reverend Mother out of this predicament,” according to OTC volunteer Wesley Knox.
Presale tickets are available through cast members or by calling 334-663-2593. Tickets are $12 each for adults and $40 for a family bundle.
Dates for the shows are Jan. 10, 11, 17 and 18, which all begin at 7 p.m., and Jan. 11 and 19, which start at 2 p.m.
For more information, visit www.opelikatheatrecompany.com.