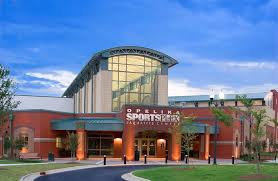 Opelika’s first invitational pickleball club will be held this weekend. The Opelika Parks and Recreation Department and the Opelika-Auburn Pickleball Club are hosting “Paddles at the Plex” this weekend at the recently constructed Opelika Pickleball Facility.

“We are excited about having people from all across the Southeast in Opelika,” said Sam Bailey, director of Opelika Parks and Recreation. “It gives us the chance to show off our facility and our community.”

Out-of-town guests staying in Opelika hotels, eating at Opelika restaurants and shopping at Opelika retailors means that the city is going to see increased revenue throughout the duration on the tournament. Anthony Terling, AO Tourism sports and event development manager, predicts that the estimated economic impact from the tournament will exceed $200k.

“Pickleball is one of the fastest growing sports, and we look forward to working with our partners on the Paddles at the Plex tournament to foster the growth of the sport and its economic benefits to our community,” Terling said.

The SportsPlex is located at 1001 Andrews Road.