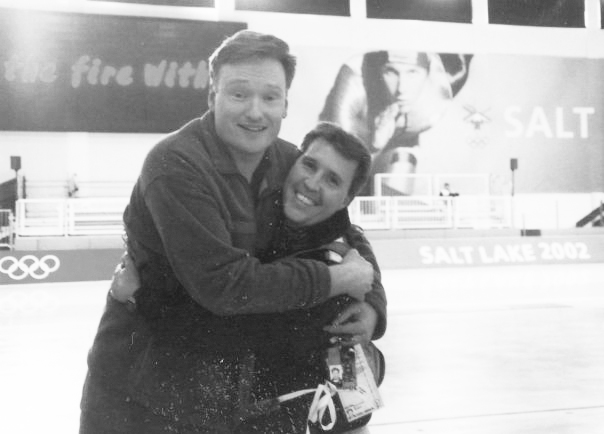 From 1996-2004, Opelika resident and Auburn University communications instructor/stadium announcer Ric Smith had a first-hand look at the athletes whose four years of training culminate in the world’s most watched sporting event, the Olympic Games.
Working as the sports information manager or “media liaison” between athletes and rights-holding broadcasters for various sports in the Atlanta, Sydney, Salt Lake City and Athens games, Smith said the connections and experiences he had along the way have created lasting memories.
“What was fascinating to me about that job was being able to see athletes as human beings, because when we see them on television, we have that perspective of fan. It’s absolutely amazing to view their athletic ability up close,” Smith said.
Smith’s chance to work in the Olympics stemmed from his deeply rooted connections in broadcasting, a career that now spans nearly four decades.
A Valley native, Smith and his family relocated to Sumter, South Carolina in his junior year of high school. He would attend the nearby University of South Carolina at Columbia and receive his undergraduate.
In fall 1982, Smith moved back to the area to complete his master’s degree at Auburn. He soon joined the university’s student radio station WEGL, a job that he said would help him uncover his knack for broadcasting.
After finishing his master’s, Smith worked for a number of years with Farmer’s National Bank as their communications director. He maintained a foot in broadcasting as a sideline reporter for home football games, making valuable connections for the future.
In 1992, Smith returned to Auburn to teach in the School of Communication and Journalism.
Following the announcement of Atlanta hosting the 1996 Olympic Games, Smith said he worked with members of the Atlanta Olympics Broadcasting team to help give students an opportunity to participate in the production and coverage of the event.
“At this point, I knew I’d love to be involved … because I’ve been a fan of the Olympics all my life. Since I was the point of contact for the AOB representative, I helped him set up the meetings with the students, but I also made sure I got to have lunch with him,” Smith said. “I told him about the things I had done and how I would love to be connected in some way and asked about how I could do that. He set up me up with someone, which led to another meeting and another meeting, and eventually I was offered the job for the Atlanta games.”
In Smith’s only Winter Olympic Games in 2002, he was able to witness Auburn’s eagle mascot ‘Tiger’ fly during the opening ceremonies, and meet comedian Conan O’Brien.
“Every Olympics was special in its way, every Olympics is unique. I was fortunate to work two Olympics in the United States and two Olympics in other countries so I had the opportunity to see both sides of it,” Smith said. “It’s a great source of pride to open your country up to the world, and I was proud to do that in Atlanta and Salt Lake (City).”
Entering the 2004 Summer Olympics, Smith said he knew it would be his last, with a desire to dedicate more time to his teaching and broadcasting jobs at Auburn. After several years of announcing baseball games at Plainsman Park, Smith would replace longtime football stadium announcer Carl Stephens in 2006.
Coverage of the PyeongChang Olympics begins Feb. 9, and will last through Feb. 25.
Check cable guides for local television listings.