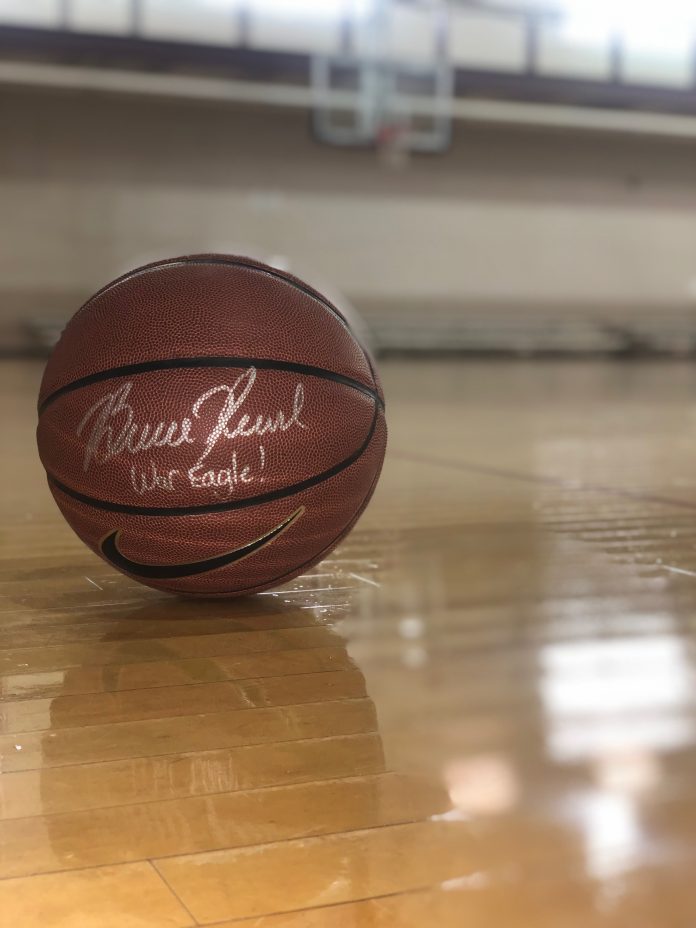 As part of their countdown to their 10th Anniversary, the Opelika SportsPlex is hosting three March Madness challenge events this month to encourage SportsPlex members and guests to stay active.
The winners of each of these challenges will receive a signed basketball from Bruce Pearl, head coach of the Auburn Tigers men’s basketball program.
Opelika SportsPlex Members can participate in a 100 Free Throw Challenge during the entire month of March. All members who complete the challenge will be entered into drawing for one of the signed balls at the end of the month.
The 100 Free Throw Challenge is free for all SportsPlex members to participate in. Members scan pick-up their free throw logs at the Opelika SportsPlex front desk in order to track their progress.
There will also be a SportsPlex Members Only Free Throw Contest on Wednesday, March 20th beginning at noon. This challenge is also free for all members to participate in, but registration is required.
Members and guests can participate in a Free Throw Contest and 3-Point Shoot Out on Saturday, March 23rd at 9 a.m. This event is free for members and only $5 for guests. There will be no daily admission for guest contestants the day of the contest.
Co-contest creator Bobby Poer said, “We decided to create these events as a part of our 10th Anniversary Celebration. It is a great opportunity to celebrate our members in March, to show off our facilities, and to give members and non-members an opportunity for a fun and engaging contest in celebration of March Madness.”
Both free throw contests and the three-point shoot-out will consist of qualifying stages in which participants are required to make a certain amount of shots in order to advance to the next round. The last round will consist of two to four participants going against one another for the championship title.
The winners of each free throw contest and the winner of the three-point shoot-out will each receive a signed basketball at the conclusion of the events. Nobody will go home empty handed though. All contest registrants will be given a SportsPlex water bottle for their efforts.
“This competition is great for members to engage in friendly competition and enjoy the Sportsplex throughout the month. Also, it is an opportunity for non-members to see what the Sportsplex and community is all about,” said Poer.
Registration for all three events begin March 1 at the Opelika SportsPlex’s front desk.