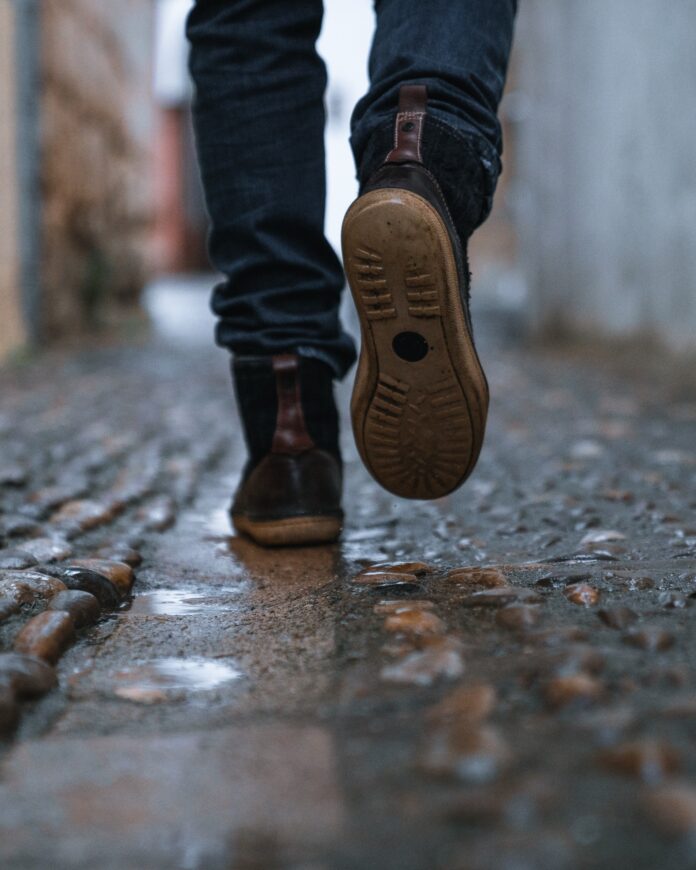 Harvest Ministries Pastor Rick Hagans is setting out on his 27th annual “Pilgrimage of A Promise.”

What began as walking (barefoot) across his home state of Alabama in 1992 to raise shoes for a little boy he’d met in a Mexican city garbage dump, has become a lifetime effort for Hagans.

His first walk covered 340 miles across Alabama. He’d hoped to raise 10 pair of shoes for each mile he walked (3,400 pair). Thanks to wonderful press coverage (including the O-A News, CNN, ESPN, ABC, NBC, CBS, even Paul Harvey News & Comments) Hagans raised over 60,000 pair of shoes that first year.

Other than last year’s COVID restrained year, Hagans has walked across a state(s) every year since.

He often asks people, “How far would you go to keep your word?”

Keeping his word, to bring that one little boy a pair of shoes, has pushed Hagans to walk across states, covering over 12,000 miles and raising over a half-a-million pair of shoes over the last 28 years of his life.

It has become such a part of his life, he has taken shoes to Mexico (and yes, that little boy got a pair.) Guatemala, India, Pakistan, Ireland, Sri Lanka and 49 of the 50 states in the U.S.

He has been recognized and honored for his efforts by receiving the Mexican Professionals “Humanitarian of the Year” award, and in 1996, he was picked to run with the Olympic torch as it passed through Montgomery.

To Hagans, he says the highest honor and thrill through all these years and miles is still seeing the smile on the face of a child when he stops to slip a new pair of shoes on their feet. Something he has done many a time because he’s walked many a mile. Something he hopes this year’s walk across Ohio will enable him to do once more.

You can follow Hagans’ walk across Ohio on his public Facebook page: Pastor Rick Hagans. You can contact him directly at rickhagans@harvestevangelism.org, or call him at 334-332-3932.

Hagans says it’s always kind of fun to talk with someone as he plods across America, “making the miles matter,” one step at a time.