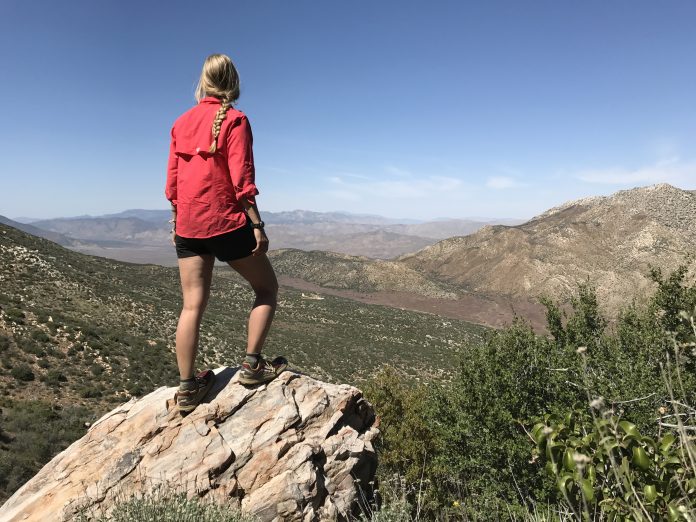 Opelika resident and hiker Jessica Mills recently completed a six-month trek of the 2,659-mile Pacific Crest Trail and her second leg of ‘The Triple Crown of Hiking’.
Following her successful hike of the 2,189.2 mile-long Appalachian Trail in October 2015, Mills said she found herself yearning to be on the trail again.
“By Christmas 2015, I was really missing the trail life, the simplicity of it. And when I took my first steps on the PCT, I realized that I couldn’t do just the two, but all three of those trails, including the Continental Divide,” Mills said.
Mills said she began her journey April 3 at the PCT’s trailhead, which is located on the U.S. and Mexico border and a mile away from Campo, Calif.
Late snowfall, smoke from distant forest fires, high elevation and desolate stretches of trail made for challenging experiences that Mills said she will never forget.
“Because of the conditions along the trail, it was like a ghost town out there. Most everybody just didn’t hike it or skipped the bad sections of it,” Mills said. “The AT is more of a cultural experience .. .the mountains are much older there, so there’s more history and things to learn. But the PCT is very wild still and the mountains are younger … it’s more wide open, which leaves one more open to the elements, and more at risk of being exposed to injury or sickness.”
Six months later on Oct. 6, Mills crossed the Canadian border and finished her expedition at British Columbia’s Manning Park.
Now with two of the three major trails under her belt, Mills said she plans to tackle the Continental Divide next year, a 3,100 mile-long trail that spans from New Mexico to Montana.
“One of the things that keeps me going back is the people you meet out there. When you put people out there with the bare necessities and not a lot of interaction with the outside world, they just seem to get along so great,” Mills said.
Aside from hiking, Mills said she stays busy working as substitute teacher within the Lee County school system and as a YouTuber, posting highlights from her two trips as well as advice and information for amateur hikers.
For more information or to keep up with
Mills’s adventures, visit www.homemadewanderlust.com or her YouTube channel of the same name.