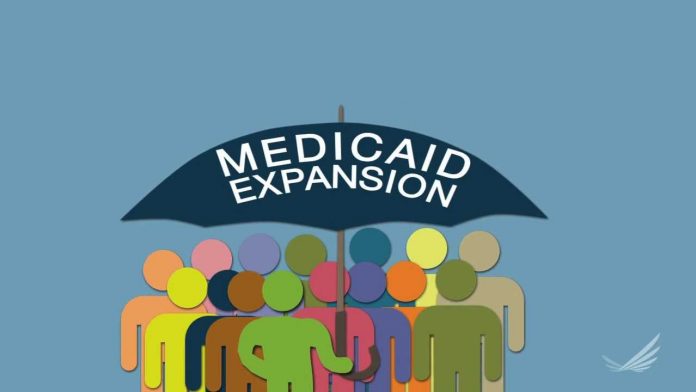 By Jim Carnes
Special to the
Opelika Observer

Overcrowding and understaffing are such glaring contributors to Alabama’s prison crisis that it might be tempting for state leaders to make them scapegoats for the whole problem.
That would be a mistake.
A challenge of historic proportions calls for a comprehensive response. We must address the generational impacts of a corrections system warped by chronic poverty, inadequate education and poor health. The solution will require both new revenue and broad policy reform. And one essential step is to extend health coverage to uninsured Alabama adults with low incomes.
Call it what you will: closing the coverage gap, a healthy Alabama solution or Medicaid expansion. But whatever the name, harnessing federal money to raise Alabama’s Medicaid eligibility limit – now the country’s most restrictive – would address the prison crisis in four ways:
(1) Untreated mental illnesses and substance use disorders helped bring us to this point, and Medicaid expansion tackles these challenges head-on. Too often, serious problems left unaddressed in the outside world lead to prison and only worsen there. A proposed increase of $40 million for corrections in 2020 falls far short of addressing the neglect of prison mental health needs that an ongoing federal lawsuit seeks to remedy.
On the outside, Alabama uses scarce General Fund dollars to support local mental health and substance use treatment services for people who are ineligible for Medicaid. But for people who gained coverage under Medicaid expansion, the state would only have to spend a dime on the dollar for those same services. That would free up nearly $33 million a year (slightly less in year one) to expand such programs statewide, according to a recent study by Manatt.
(1) Any reasonable response to the U.S. Department of Justice’s ultimatum will mean reducing the current prison population, which is at 162 percent of designed capacity. Nonviolent drug offenders are the most likely candidates for release. Medicaid expansion would support a robust array of new community-based services to treat mental illnesses or substance use disorders that cause many offenders to return to prison.
(2) A widespread challenge for newly released prisoners is lack of affordable health coverage, which Medicaid expansion can provide. The setbacks that result from untreated asthma, hypertension or diabetes make it harder to find and keep a job. And the jobs that many former prisoners get are unlikely to offer insurance. Medicaid coverage would help more people make successful transitions to life after prison. It also would cut recidivism and reduce reliance on uncompensated health care.
(3) The permanent 90 percent federal funding for Medicaid expansion would slash state costs for hospitalizing prisoners. Today, Alabama spends nearly $15 million a year to pay for prisoner hospitalizations that occur outside of prisons. Covering those same hospitalizations under Medicaid would save corrections nearly $12 million a year. These savings could be redirected to staffing and other critical needs.
(4) On the generational scale, the best antidote to incarceration is education, and Medicaid expansion would stimulate major new funding for schools. The first four years of federal matching funds for expansion would generate $11.4 billion in new economic activity, according to a study by Dr. David Becker, a health economist at the UAB School of Public Health. As a result, state tax revenues would increase by $446 million, and local revenues by $270 million. This new money would flow to the Education Trust Fund to support public schools.
The 36 states that have accepted Medicaid expansion are case studies in how a single policy decision can strengthen the health care system, make the population healthier and shore up state budgets. Alabama’s legacy of failure on all three counts is a major contributor to the prison crisis. And Medicaid expansion is an essential part of the solution.
Jim Carnes is policy director of Alabama Arise, a nonprofit, nonpartisan coalition of congregations, organizations and individuals promoting public policies to improve the lives of low-income Alabamians. Email: jim@alarise.org.

Letter to the Editor: Face Masks

Letter to the Editor