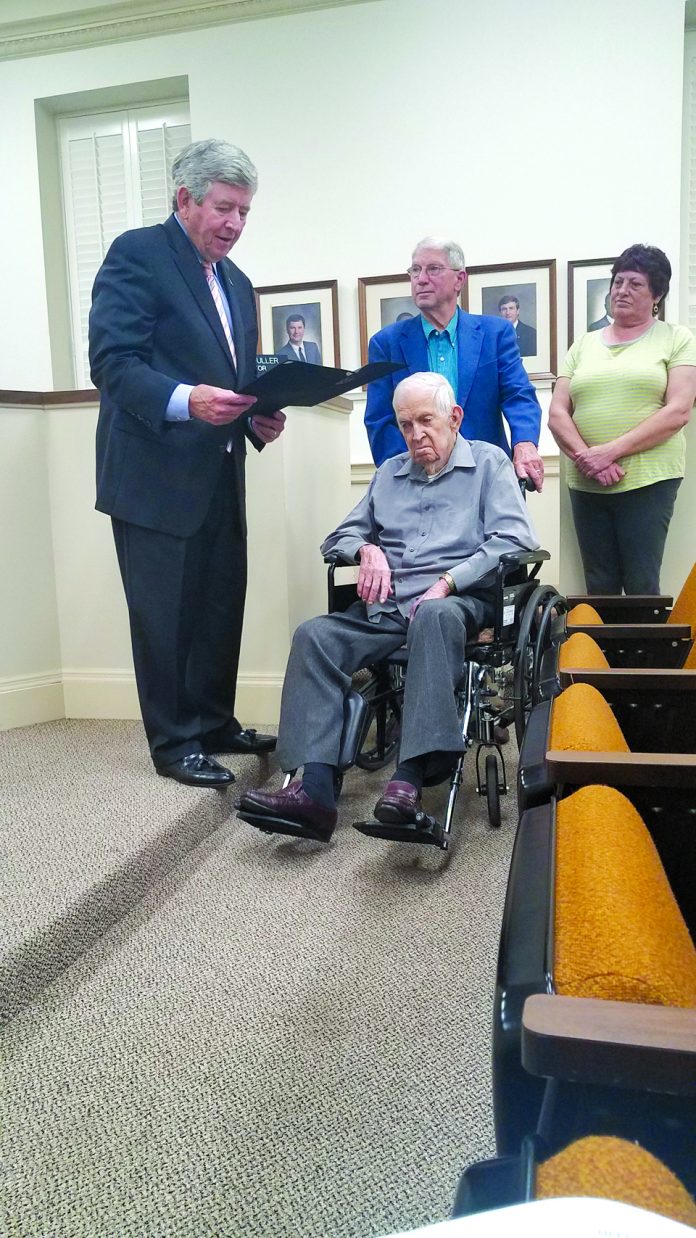 During last week’s city council meeting on Sept. 3, Opelika Mayor Gary Fuller issued a Proclamation to Raymond Newman naming Sept. 6 in honor of Newman for his 100th birthday.
“Raymond has been a civic minded person for many, many years… (He spent) 50 years in the Rotary Club and is a Paul Harris Fellow. He loves life and loves his family,” Fuller said.
In other business, the council:
• approved the minutes from the Aug. 20 city council meeting and from the Aug. 28 specially called city council meeting
• Mayor Fuller read a Proclamation for Airbag Recall Repair Month
• approved a request from EAMC for two street closures on Nov. 22 and Dec. 6
• removed the resolution from Dreamz Lounge for an alcohol license
• held public hearing and later approved – weed abatement assessments for the following properties: