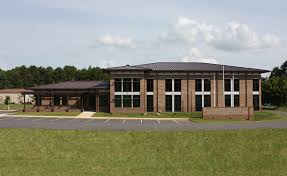 By Will Fairless
For the
Opelika Observer

In their meeting last Tuesday, Lee County School Board members approved two bids for a total of nine school buses and thanked the Lee County Sheriff’s Department for their help in earning Loachapoka High School a Safe School Award from the Attorney General.
The board approved one bid for eight 72-passenger buses from BusWorx/Blue Bird in the amount of $676,272 (just more than $80,000 for each of the eight). They also approved a bid for one special needs 54-passenger bus from Southland Transportation Group at $90,901.75.
Later in the meeting, District 6 Rep. Larry Patterson made a point to mention the Attorney General’s award to Loachapoka High School before the meeting adjourned. Nine schools (one for each of Alabama’s eight school board districts and one private school) were selected for the Safe School Award.
The schools selected “have developed innovative programs and taken practical, effective steps to combat the threat of violence,” Attorney General Steve Marshall said. He added, when presenting the award to Loachapoka High School, that it was selected because of its excellent crisis plans, monthly fire safety plans and mobile safety classroom truck, among other things.
In other business, the board:
-approved minutes for the board’s meeting of Dec. 10, 2019
-heard a community speaker from West Smiths Station Elementary School, Correen Long, who thanked the board for covering the expenses of a field trip to the US Space Center in Huntsville
-approved seven overnight or out-of-state field trips that are to take place in January, February and March and
-approved the financial report and cash reconciliation for the month of November.
The Lee County School Board meets once a month at 2410 Society Hill Road in Opelika. Their next meeting is scheduled for Feb. 11.