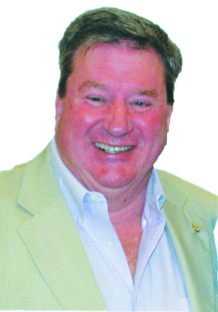 Lee County Coroner Bill Harris, a lifelong resident of Lee County, has filed qualifying papers and will seek his 6th consecutive term to serve the citizens of Lee County as Coroner.
Harris has over 30 years’ experience serving in the Lee County Coroner’s Office with 19 of those as Coroner.
The Lee County Coroner’s Office investigates over 500 cases per year and has a staff of three- the Coroner and two deputy coroners.
Harris has more than 1,000 hours of continuing education in the medical and death investigation fields and was the first coroner in the state to become certified as a Diplomate of the American Board of Medicolegal Death Investigators.
He has been instrumental in getting legislation passed to increase the qualifications, education and training of coroners and deputy coroners of the state.
Harris curently serves as president of the Alabama Coroners Association and has served as president 15 of the last 17 years.
He also serves as Chairman of the Alabama Coroners Training Commission, which regulates and approves all training of all coroners and deputy coroners in the state of Alabama.
Harris is a board member of the Alabama Organ Center Advisory Board, State Fatality Management Group, Lee County Child Death Review Team, and Alabama Violent Death Reporting System board.
As a member of the State Mortuary Operations Response Team, Harris serves as the Lee County Team Leader and was responsible for securing over $200,000 in grant funds to purchase state assets stationed in Lee County for mass casualty response.
In 2006, Harris retired as an EMS Supervisor from East Alabama Medical Center with more than 24 years of service as an Alabama licensed paramedic.
Harris has been involved in several civic organizations over the last 40 years and attends Pepperell Methodist Church.
He and his wife Christy will celebrate their 22nd wedding anniversary in June.
They have four children: Drew (Claire) Weaver, Dylan (Rachele) Weaver, Mary Catemann Peters, and Will Harris. They are also grandparents to three grandchildren Andrew Peters, Margaret Weaver and Hut Weaver.
“I ask not only for your vote but your support and prayers most importantly. If re-elected as Lee County Coroner I will continue to serve our area with compassion, professionalism, integrity and dedication.”