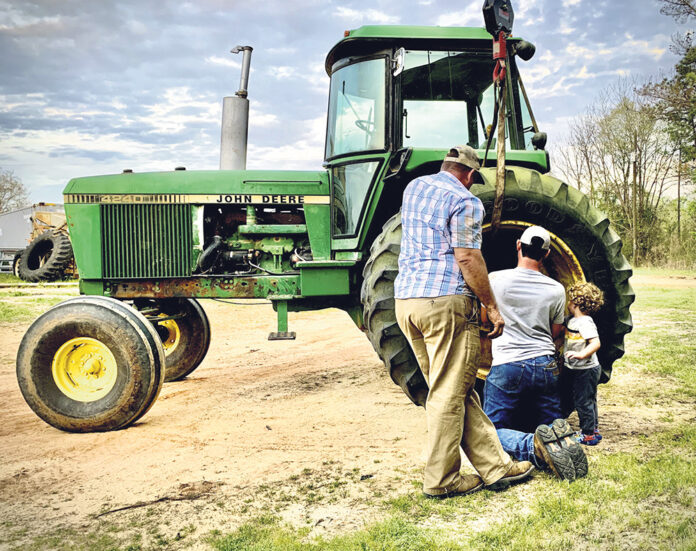 Hayley Walters of Lee County received first place in the Farm Life category of the Farming Feeds Alabama Photo Contest, sponsored by the Alabama Farmers Federation. In addition to judging by a panel of professionals, she won the People’s Choice Award contest on Facebook. Each prize nets Walters and her “Three Generations” photo $150.

Per the judges, “Nothing better illustrates farm life than multiple generations working together. Often, days are spent fixing something that’s broken. Always, days are spent sharing knowledge and training the next generation. This entry’s meaningful details capture the essential day-to-day work of repairing equipment. It may not be as glamorous as harvest, but it’s no less important.”

The Farming Feeds Alabama Photo Contest netted nearly 400 entries by over 250 entrants. It captured the diverse story of agriculture and submissions ranged from backyard birds to gardens’ bounty and from cattle and to row crops.

Michael Freeman of Lee County received first place in the Crops category of the Farming Feeds Alabama Photo Contest, sponsored by the Alabama Farmers Federation. For placing in the contest, Freeman receives $150 for his “Cotton Field Sunset” entry.

Per the judges, “Capturing an image like this is about more than luck or timing. The positioning of the cotton boll on the right side creates leading lines from both the ground and horizon. The contrast of bright white cotton against a fiery auburn sunset makes this entry suitable for framing.”