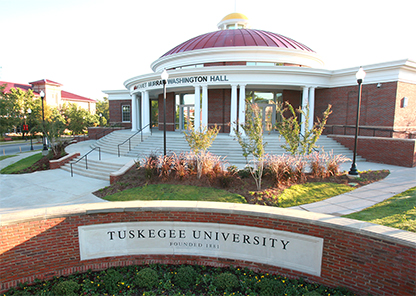 In honor of Black History Month, Kroger has donated $10,000 to the Tuskegee University Tiger’s Den Food Pantry.
According to the #RealCollege survey conducted by Temple University’s Hope Center for College, Community and Justice, 39% of student respondents reported being food insecure in the prior 30 days.
“This is an alarming statistic,” said Felix Turner, manager of corporate affairs for Kroger’s Atlanta Division, which includes Georgia, eastern Alabama and South Carolina. “We are honored to support our HBCUs and the work they are doing to alleviate hunger through campus food pantries.”
The #RealCollege survey also found that rates of food insecurity among students ranged from 42 to 56% at two-year institutions and from 33 to 42% at four-year institutions, with an overall weighted average of 43%.
“This donation is a testament to Kroger’s commitment to our Zero Hunger | Zero Waste initiative – and our vision to end hunger in the places we call home by 2025,” Turner said. “Zero Hunger | Zero Waste is designed to address a fundamental absurdity in the nation’s food system: 40% of the food produced in the U.S. is thrown away, yet one in nine Americans, including college students, struggles with hunger.”