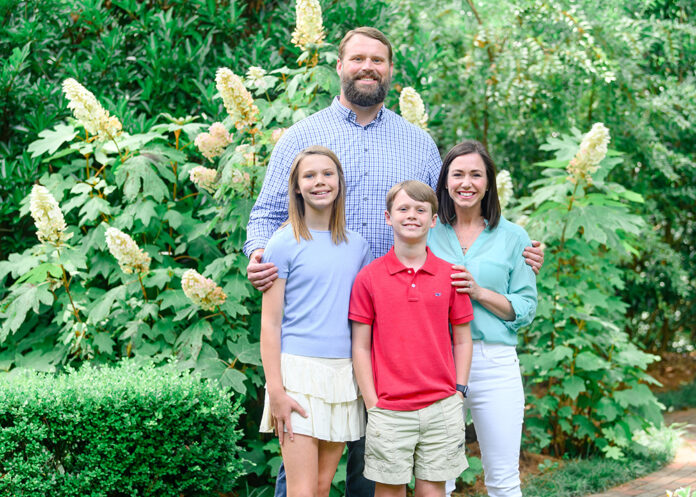 Christian conservative Katie Britt on Tuesday announced her Republican candidacy for the U.S. Senate in the 2022 election cycle.

The seat is being vacated by the retirement of U.S. Senator Richard Shelby (R-AL) following the conclusion of the 117th Congress.

Britt made her announcement in a video release, which was filmed on her family farm in Coffee County.

A lifelong Alabamian and native of Enterprise, Britt most recently served as head of the state’s business council, where she worked tirelessly to grow Alabama jobs and stand up for small and rural businesses — a passion first instilled by her parents, both small business owners in the Wiregrass area.

At the business council, Britt helped advance free-market principles that support job growth and greater opportunity for all Alabamians. She also voluntarily serves on numerous committees, boards and task forces, including the Alabama Wildlife Federation Board of Directors.

“I believe in Alabama and the promise of the American Dream we grew up with — the American Dream in which hard work is rocket fuel; the American Dream that has allowed me to build a career, raise a family and now announce my candidacy for the United States Senate,” Britt said. “But when I look at what’s happening in Joe Biden’s Washington, I don’t recognize our nation. Our Christian conservative values are under attack and opportunity is giving way to entitlement. These past few months, I’ve spent a lot of time praying for America. And now I am stepping up and putting everything on the line. It’s time to fight for our children and our children’s children — and preserve the American Dream for them.

“I will work hard every day to earn the vote of every Alabamian because I believe I will best represent our values and deliver results for our state in the Senate. I will put Alabama first and never apologize for it, championing pro-jobs policies that increase opportunity for hardworking families in every corner of our state. Because we don’t just need a senator from Alabama, we need a senator for Alabama.”

A proud Christian, wife and mother, faith and family are at the heart of Britt’s life. She is a lifelong conservative who is committed to putting Alabama first.
Britt resides in Montgomery with her husband, Wesley, and their two children, Bennett and Ridgeway. Wesley was first-team All-SEC and third-team AP All American as an offensive lineman at The University of Alabama, going on to play in the NFL for the New England Patriots. The Britt family attends First United Methodist Church.

You can learn more about the campaign at  KatieBrittforSenate.com.