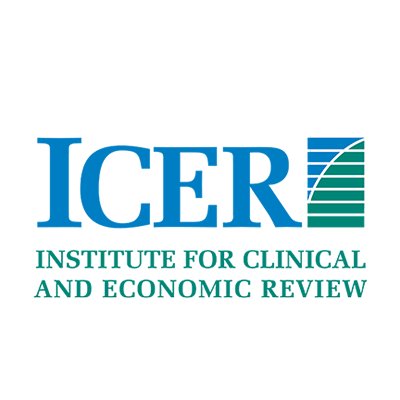 By Randall Rutta
Special to the
Opelika Observer

FDA officials approved a record number of rare disease treatments last year. One groundbreaking medicine treats an inherited bone condition that causes intense pain and immobility. Another treats Fabry disease, a genetic condition that can lead to kidney failure or stroke.
Breakthroughs like these offer hope to 30 million Americans living with rare diseases. But there’s still a long way to go. Scientists estimate there are 7,000 rare diseases, each of which afflicts fewer than 200,000 people. The majority of these ailments — 95% — lack a single approved treatment.
Unfortunately, one prominent healthcare nonprofit could undermine research into rare diseases.
The group, the Institute for Clinical and Economic Review (ICER), analyzes the “cost-effectiveness” of many new FDA-approved drugs, including treatments for rare diseases. Because it relies on flawed assumptions, ICER mostly concludes that rare disease treatments aren’t worth the price.
ICER hopes that health insurers will use its findings to decide which medicines to cover. If the group’s message – rare disease treatments aren’t worth it – wins the day, drug companies may well stop researching and developing rare disease treatments. And millions of Americans would lose access to life-changing therapies.
ICER analyzes drugs’ cost-effectiveness using a metric called a “quality adjusted life year.” A QALY quantifies the cost of providing a patient with 12 additional months of perfect health.
Imagine a healthy woman has an incurable — but dormant — genetic disease that will kill her almost instantly once it’s activated. If a treatment could delay activation by one year and it costs $30,000, then ICER would say the treatment costs $30,000 per QALY.
This metric effectively discriminates against the elderly, persons with chronic conditions and other sicknesses and people living with disabilities. ICER’s position is that these individuals aren’t in perfect health to begin with. So, the group doesn’t count an additional 12 months of life expectancy as a full QALY.
For example, our hypothetical treatment for a genetic disease might still extend a 90-year-old infirm patient’s life by one year, but ICER might count the gain as only 0.5 QALY, due to the perceived lower quality of his/her life. As a result, that same $30,000 treatment would cost $60,000 on a QALY-adjusted basis — potentially blocking access and affordability for patients.
Rare disease drugs are expensive for a reason. It can take more than a decade and $2.6 billion to bring a new medicine to patients. Few experimental compounds even make it out of the lab.
Pharmaceutical companies have to charge enough to earn back their development costs. For common conditions that afflict millions of patients, companies might only need to charge a few dollars per pill to recoup their development costs.
By contrast, rare diseases affect just 200,000 people at most. So companies need to generate far more revenue per patient just to break even. Rare disease treatments also tend to be fragile, large-molecule drugs that require numerous manufacturing, shipping, and storage precautions -f urther inflating costs.
ICER largely disregards these differences. The group evaluates rare disease drugs using roughly the same cost-effectiveness thresholds it uses for traditional, mass market medicines. Given this rigged scale, it’s no wonder that rare disease treatments score poorly.
Scientists are developing more than 560 medicines to treat rare diseases. That research will likely come to a halt — causing patients to lose access to lifesaving drugs — if insurers fail to recognize the faults in ICER’s reasoning.