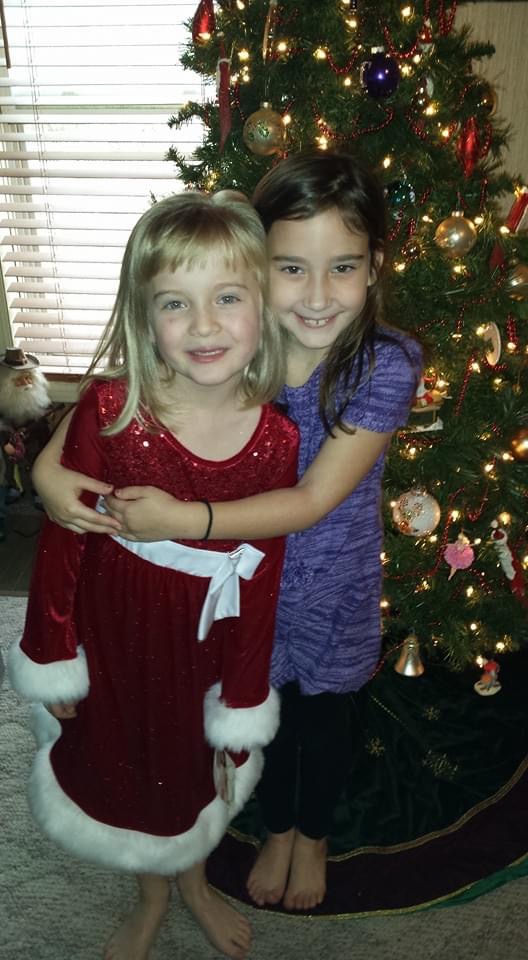 The Thorntons remember their daughter Taylor

Two years ago today, the Thorntons lost their daughter Taylor.

Taylor Thornton was ten years old when she was memorialized as a victim of the March 3, 2019, Lee County tornadoes.

The tornadoes turned an ordinary day into one that changed the lives of families across Lee County forever.

23 people lost their lives that day, and countless others lost their homes and their property.

It’s been two years, but as Taylor’s father, David Thornton, put it, “the hole’s still there.”

The land is changing as homes are rebuilt and the trees grow back, but for some families there are constant reminders of what they lost.

“In our mind, it’s fresh every day,” David said.

Taylor had been camping with her best friend Kayla Grimes, along with Kayla’s family, before the storm. They decided to return to the Lee County home ahead of the tornado, out of concern for safety.

“For those it was concerned we’re home safe before the storm getting it ready for the cold weather God bless have a marvelous day,” Lynn Grimes, Kayla’s father, posted on Facebook, minutes before the tornado.

David said that after hearing of severe weather, he headed out to Lynn’s home to pick up Taylor. Lynn, Kayla, Taylor and Lynn’s fiancée Sheila Creech were all in the home.

David reached a blockade, and a deputy told him he wasn’t allowed any further.

So, David parked on a dirt road and walked past.

“It was the most eerie feeling walking in because it was still overcast, calm, quiet with all that noise,” he said. “You can hear people hollering, but your mind takes you to a place where it’s just quiet. There’s no birds, nothing. The wind wasn’t blowing. It was just still and quiet and it was just so eerie feeling.”

Lynn’s home was gone. David said he only recognized it because Lynn’s motorcycle was still out front.

At this point, David still didn’t know where his daughter was.

“I saw people walking up the hill holding a girl … and it was Kayla,” he said.

David was asked to look after Kayla, who was alive, but he said that after he knew Kayla was okay, his priority was finding his own daughter, Taylor.

While searching for Taylor, David was stopped by another deputy who said he could go no further.

The deputy began asking David questions, what Taylor looked like and what her name was.

“I guess in the back of my mind I kinda knew what he was doing,” he said. “But still it hadn’t registered.”

David found his daughter, Taylor, and unlike Kayla, she had not survived the tornado.

The days surrounding the tornado were a whirlwind, but the community rallied around the Thornton family, and not only the Thorntons, but all those involved in the tornado tragedy.

“That night, we went home with some family friends, I mean I had people, Messenger was just blowing up,” said Ashley Thornton, Taylor’s mom.

There were messages from people across the United States and even the world.

“Everybody would just not get out of our business in a good way,” David said. “They were not going to let us fall through the cracks.”

Additionally, David said they want to thank first responders, nurses, law enforcement, sheriff’s deputies and all those who helped following the tragedy, along with the community.

It’s been two years, but the pain is fresh.

“That Sunday will never leave my mind,” David said.

Not only can David not move past the events of that day, but he doesn’t want to, he said.

“I want to remember, even through the tragedy,” David said. “I don’t ever want to forget my daughter or anything that had to do with her life.”

But there are parts of life that do move on. In fact, the land around them is growing up … and so is Kayla.

David and Ashley do still see Kayla, and the rest of her family. Though Lynn and Creech also died in the tornado.

“That’s a relationship that I would never want to see us lose,” David said.

“Thinking, ‘Man, Taylor should be right there with her,’” he said.

David said that he and Ashley decided they cannot be resentful because they are thankful Kayla’s life was spared.

That doesn’t mean it isn’t hard to live each day without Taylor.

“We just get up and do what we’ve got to do,” David said. “I mean, at any loss you just get up and keep moving forward. You put your feelings aside enough to go do your job. You’ve got a family you still have to be there for. We’ve got a son we’re still raising.”

Ashley keeps a photo of Taylor as her lock screen on her phone. David has a tattoo with Taylor’s name on his arm. The two wear “Beauregard Strong” bracelets. They left her room as it was the day she died, and just shut the door.

The family said their faith is what helps them stand strong.

Their son, McCrae, is now two and although in looks, similar, his personality is growing into that of a “fireball,” his dad said.

McCrae was less than a year old when Taylor died, so his parents do not know that he’ll ever remember her, but they make sure he knows he had a sister.

Taylor was so excited to be a big sister, he said.

“We were driving, me and her … just driving down the road in our truck and she just pops up from the back seat, ‘Momma, can I have a baby sister?” said Ashley. “I said, ‘What? Where did this come from?’ I thought I was going to wreck the truck, it just took me off guard. I said ‘Well, not right now, baby.’ I said, ‘Maybe later.’ She would keep asking for a sister and I said, ‘Baby, well when the time comes I’m sure you’ll be happy with a brother or sister.’”

In fact, Taylor told Ashley and David’s parents the news that Ashley was pregnant. Taylor was also the first to hold McCrae after Ashley.

David said that the family looks forward to the days where they will be able to talk about Taylor more to McCrae, when he will understand.

“We have to stand true in our faith that we know she’s in a better place,” David said. “And we are going to persevere through this. We weren’t promised that it was going to be easy but we’re not going to quit.”