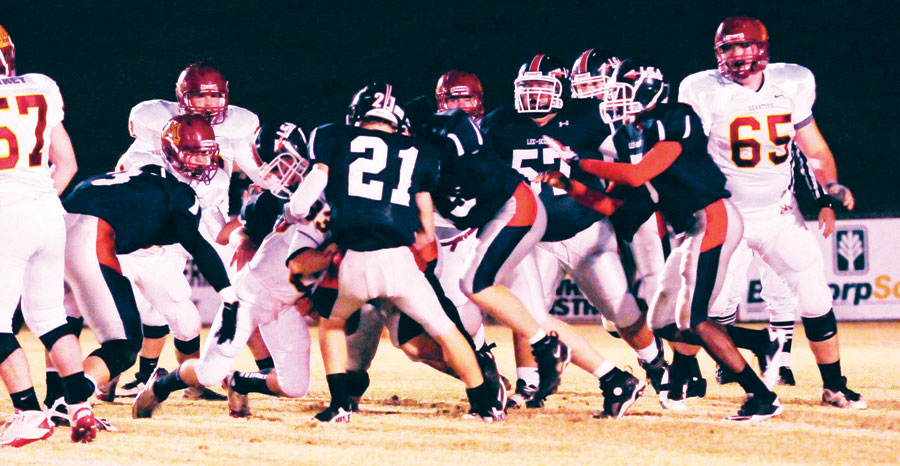 Lee-Scott Academy stumbled against Morgan Academy on Friday night losing 21-10 in the first round of the AISA AAA football playoffs, putting an end to its season.

MarQuen Mitchell scored on Lee-Scott’s first possession. Lining up at quarterback on the play, he scored on a six-yard keeper for the home team’s only touchdown of the game.

Mitchell, a junior, finished the contest with 129 of the 216 total yards gained by the Warriors.

Triston Knight, a sophomore kicker, added the other three points for the Warriors with a field goal of 37 yards in the third quarter putting Lee-Scott ahead 10-7.

Senior Parker Hughes, who was the star for Morgan, rallied the visitors to the victory. The tailback scored two touchdowns in the fourth quarter to lead the Senators to the comeback victory. He finished the night with 205 rushing yards on 33 carries, marking the fifth time he has rushed for 200 yards this season.