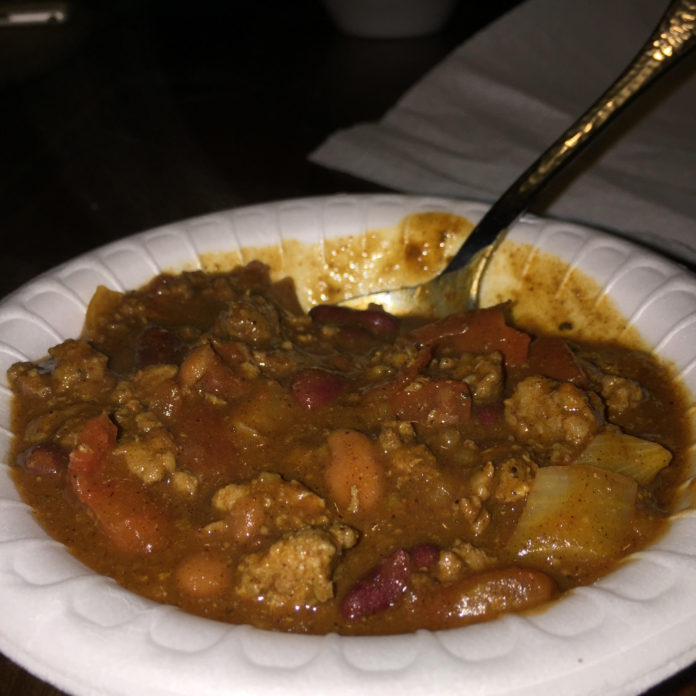 I’d planned on killing my first deer this year. That plan, however, didn’t come to fruition. It would have been nice to have that trophy buck hanging on my wall next to Jesus, Bo Jackson, and Velvet Elvis, but that touch of class will have to wait until next year. I may not have been blessed with that buck, but I was blessed with a whole mess of meat, courtesy of a friend who owns and operates a deer processing facility.
He told us to stop by last Sunday, as he had some leftover meat. I expected a Piggly Wiggly bag with four or five packages of select cuts of venison, but we were shocked when he brought out crate after crate. There was so much that we gave a good chunk of it to our mothers. My mom doesn’t care for it, although I’m not sure she’s ever tried it, but my stepdad loves it. My lady’s mom loves it and made shepherd’s pie the very next night, and it sure was delicious. Venison is so incredibly lean.
Remember in Forrest Gump how his best good friend Bubba could do just about anything with shrimp: fried shrimp, boiled shrimp, steamed, shrimp burger. Well, that’s how we’ve been with deer meat for the last week. Lucy has made spaghetti, tenderloin, lettuce-wrapped burgers, hamburger steak topped with onions and baby bella mushrooms. You talk about good eating! Wow! It’s gotten better every night. Earlier this week, when it got really cold, she made chili. I make a mean pot of chili, but that was some of the best I’ve ever had.
I’m sure some of you are still stuck on that lettuce-wrapped burger. Don’t judge. It was good, and not nearly as filling as eating all that bread. Now make no mistake about it; I’m a grown man. If I want a big ole fat bun wrapped around my burger, then that’s exactly what I’ll do, but I enjoy eating healthier, with an emphasis on the third syllable of the word healthier. There’s a difference in healthy and healthier. We’re at the top of the food chain for a reason. Buns make me feel bloated, too, and that’s never a good feeling.
We have been eating healthier the last couple of weeks. For the most part, I’ve been eating healthier for the past few years and undeniably feel better as I approach the ripe old age of 45 than I did at 25, and that’s no joke.
I suppose I should start exercising at some point, but we know that’ll never happen. It’s like my friends who lift weights to get stronger. I don’t get it. Seriously, how strong does one have to be? My measuring stick is this; as long as I can open up a jar of pickles without having to ask another dude to help me, then I am strong enough.
Since Lucy has been doing all the cooking and she doesn’t have a dishwasher, I have been the dishwasher. I hadn’t manually washed dishes since I was a young enlisted soldier pulling KP in the Army over two decades ago. There’s a lot of standing and arm movement involved in dishwashing, so I think I’m good to go on the exercise. Besides, I don’t plan on running a marathon anytime soon.
I’m healthier and happier than I’ve been in a very long time. I’ve also been to going to church and don’t think that’s just a coincidence. I’ve been abundantly blessed by my faith, family, and friends, and some of those friends even give me food.
Jody Fuller is from Opelika. He is a comic, speaker, writer and soldier with three tours of duty in Iraq. He is also a lifetime stutterer. He can be reached at jody@jodyfuller.com. For more information, please visit www.jodyfuller.com.