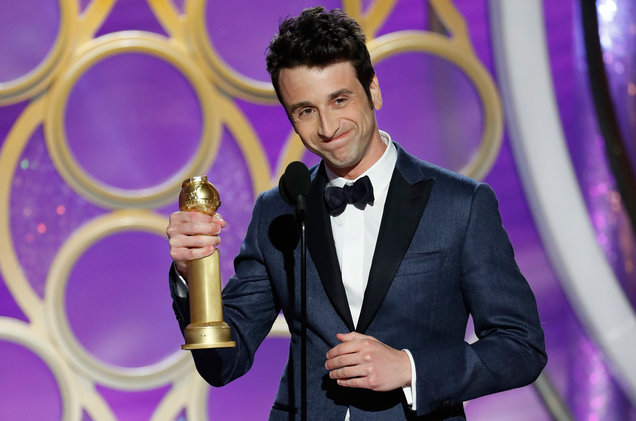 First Man emerged with a Golden Globe during Sunday night’s award ceremonies.
Adapted from a book of the same title penned by retired Auburn University professor Dr. James Hansen, First Man received an award for “Best Original Score – Motion Picture,” composed by Justin Hurwitz.
“First Man deserves every award it will win – and many it won’t. The film bravely demands that we take a fresh look at everything we think we understand about the early U.S. space program,” Hansen said. “It adds different tastes, some bitter, to the sugar-coated narrative of the Apollo program and it punctures the myth of ‘astronaut as superhero’ without the capacity for doubt or tears. It also represents a giant leap for womankind in its much more realistic depiction of the trials and tribulations of the astronauts’ wives.”
The first-ever official biography of American astronaut Neil Armstrong, First Man drew attention from film companies since its 2002 release, but failed to generate traction until 2016.
Fresh off the release of musical blockbuster “La La Land,” award-winning director Damien Chazelle and star actor Ryan Gosling paired together once again to recreate that portion of Armstrong’s life and his famed lunar landing made possible by NASA’s Apollo 11 mission. Hansen worked alongside screenwriter Josh Singer as a co-producer during the filming process.
Released Oct. 12, 2018, the film has been well received by audiences worldwide, and maintains favorability ratings of 88 and 84 percentage points on Rotten Tomatoes and Metacritic, respectively.
First Man has already received four awards, three “Best Visual Effects” and one “Best Original Score” from The Capri (Hollywood International Film Festival) and the Houston Film Critics Society.
The film has also been nominated for 10 awards in Sunday’s Critics’ Choice Awards ceremony which will air on the CW Network and is speculated to be a frontrunner for multiple Oscars during the 91st annual Academy Award ceremonies next month.