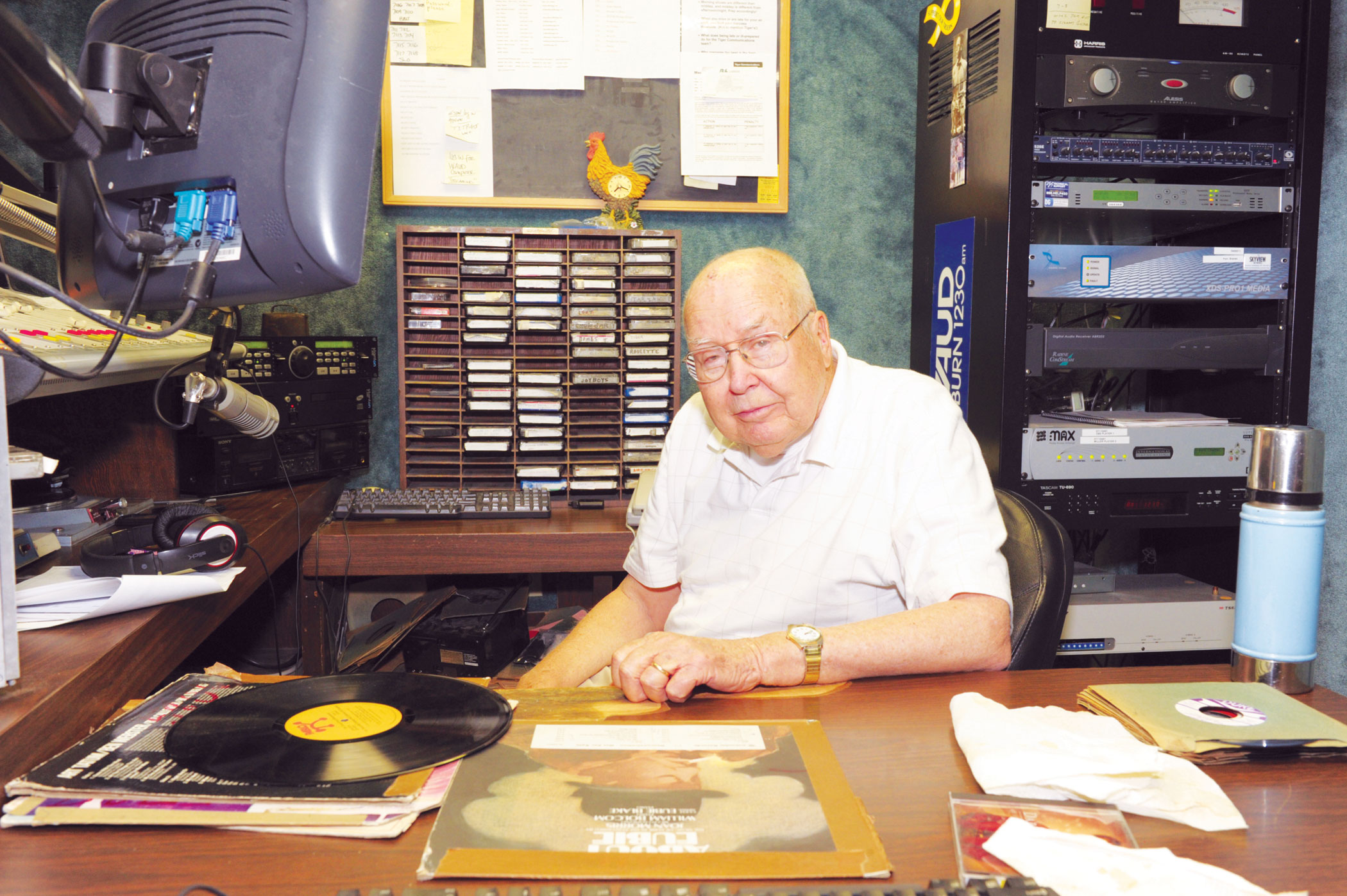 The longest running radio program in our part of the country has ended. After 61 years and 2 months, Bob Sanders decided to quit broadcasting, just like Forest Gump decided to quit running. Forest got tired and went home. Bob got tired of getting up at 4 a.m. and decided he’d just sleep in.
Sanders had occupied the 5:30 -10 a.m. time slot on Auburn’s radio station WAUD for so long that we just took for granted he’d be there when we turned the radio on. Then, all of a sudden one morning he wasn’t there.  People started calling, What’s wrong with Bob? Is he sick? Did he have to go out of town?
No, he just decided it was time to quit.
No more traffic helicopter, crewed by local FOBs (friends of Bob) and piloted by himself, unless he turned over the controls to a guest pilot. Then it would inevitably crash, only to be repaired in time for tomorrow’s flight by one of Bob’s car repair sponsors.
No more eclectic music show, playing everything from Grand Opera to Grand Ole Opry on their original vinyl records. And everything in between. I promise you: one time he played a song called “Clean Underwear!”
No more excerpts from the Golden Age of Radio to be replayed at holiday times each year. No more listening to the radio in hopes he’d mention your name on the air, even if it was a friendly insult. No more home-spun advice like “don’t let your jello get runny” or “keep them cows out of the bitter weeds, for gosh sakes.”
Bob will, however, continue to write his every other week column for the Observer. And, we hear that a new book of his columns is being prepared. But we’ll miss you in the mornings, Mr. Sanders.
Editor’s note: Bob says, if you absolutely have to hear his dulcet voice, you may call him at (334) 887-7450.