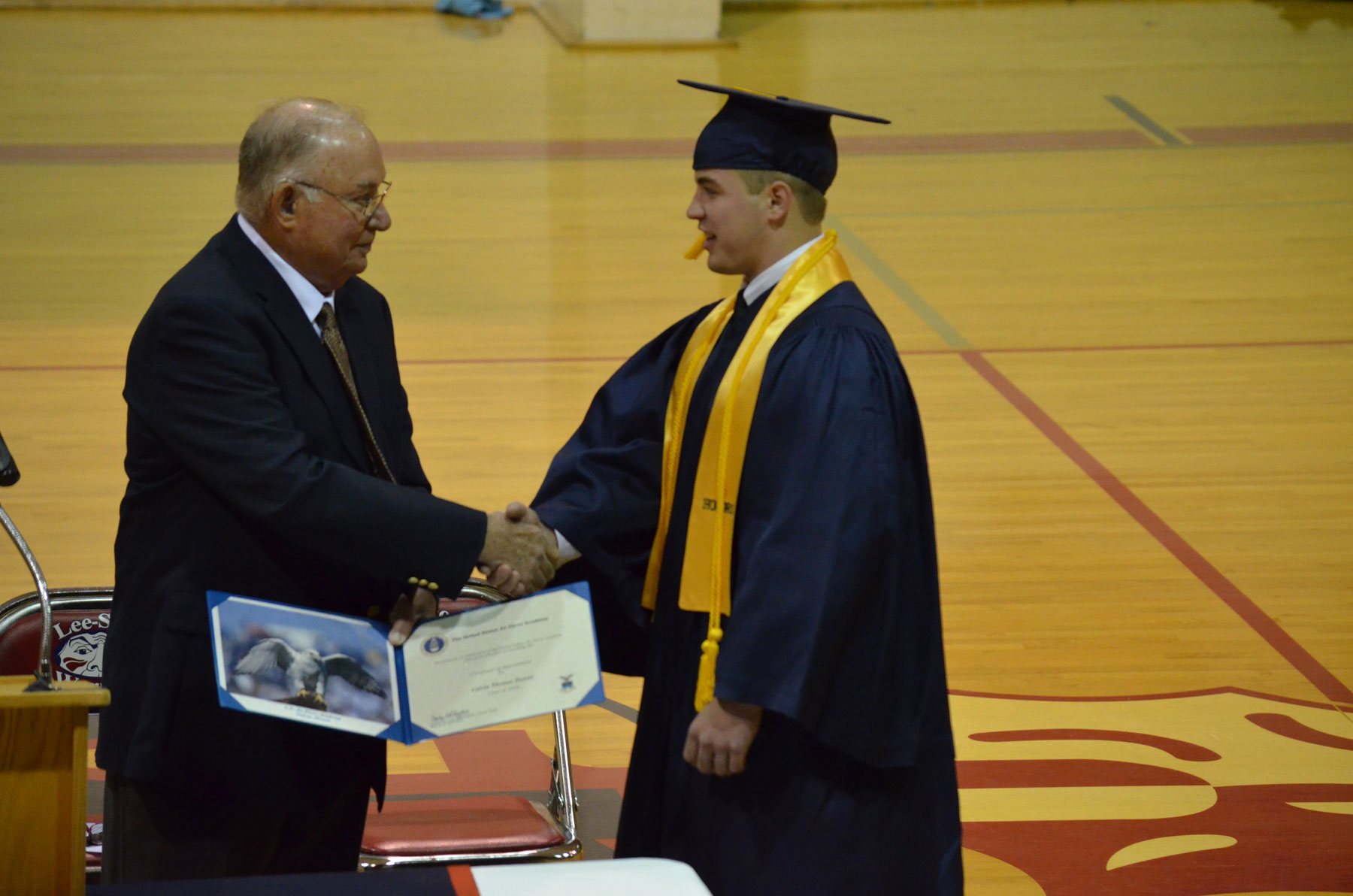 Lee-Scott Academy’s Calvin Downs has received an appointment to the U.S. Air Force Academy. He will report June 30 to begin basic training. Downs received three congressional nominations and was chosen from a field of  more than 9,000 qualified candidates. On May 10, at the Lee-Scott Academy Senior Awards Assembly, Col. Mark DeGrange (retired), USAFA Admissions Liaison Officer, presented Downs with his scholarship. His grandfather, Col. Howard T. Cariveau (retired), presented Downs with his official appointment during the ceremony. Col. Cariveau served in the U.S.Air Force for 26 years and is the inspiration for Downs’s interest in attending the academy and serving in the U.S. Air Force.
“Calvin has been a student at Lee-Scott Academy for twelve years, during which time I have been his Headmaster,” said Dr. Don Roberts.  “It has been a pleasure to watch him grow and mature into an outstanding young man.  He is a super example of the type student we like to have represent our school. He has an incredible work ethic that he demonstrates daily here at Lee-Scott Academy as he successfully meets the requirements of our most rigorous course of study.  He is a man of few words but the words he does speak, speak volumes. He participates in numerous extra-curricular activities including Football, Track and Field, Student Government Association and Robotics. His outstanding leadership skills were on full display this past fall as one of the captains of our outstanding football team. However, it is his wonderful attitude towards life in general that makes him truly special. Calvin is always positive, always courteous, always optimistic and a joy to know.”
Downs is the son of Dr. David and Michelle Downs of Auburn.