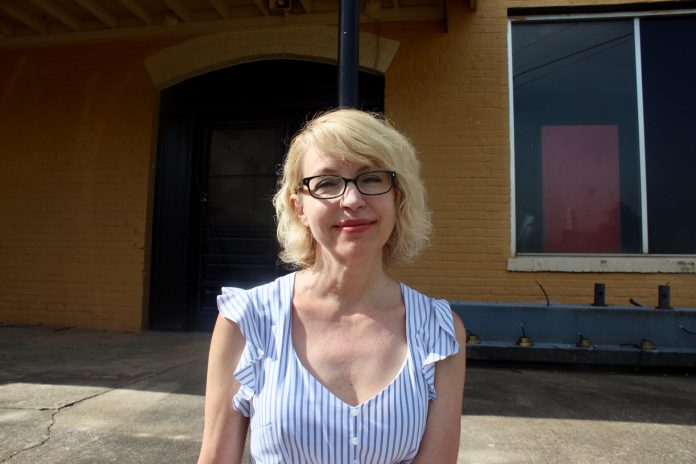 One of Auburn’s most beloved businesses is being relocated to Opelika.
This fall, new Dayspring NatureShop Owner Cherie Brooks will open the nearly 50-year-old health and wellness-oriented business in the previous home of Sikes Feed and Seed, Inc. at 1101 Ave. C.
“It’s like I’ve been given the chance of a lifetime and it’s just really amazing really to think about being given this opportunity,” Brooks said.
Brooks purchased the business earlier this year from Sebastien Wersinger, who had been operating the business since his mother and previous owner Yolande passed away in March 2017.
A Fairhope native, Brooks was first exposed to Dayspring as a 19-year-old college student, working part time at the store while taking classes at Southern Union’s Opelika campus.
“I fell in love with that store during my initial year and a half there. It changed my life outlook towards health and nutrition,” Brooks said.
After years away, Brooks returned to the Auburn-Opelika area in September 2017.
Earlier this year, Sebastian sat Brooks, Store Manager Brad Butcher and other store employees down to share the news that their lot at 223 Opelika Road had been purchased and that the store would be permanently closed if no new owner was willing to take over the business.
“I just couldn’t bear the thought of that happening, so I stepped up and said that I’d be willing to purchase it and see it continue,” Brooks said.
Through social media posts and word-of-mouth, Dayspring’s final days at its now previous location were successful and a sweet farewell.
During the process of searching for the store’s next location, Brooks said members of the Opelika community “wrapped their arms” around Dayspring. Earlier this summer, Ty Maloney from the Opelika-based real estate development company Marsh Collective approached Brooks with the idea of finding a brick-and-mortar space for her business near downtown.
“(John) Marsh and Ty agreed that the old Sikes store would be a great place for Dayspring, and after taking a look, I knew they were right,” Brooks said.
Brooks’ projected opening date for Dayspring is in the early fall. Crews from Marsh’s company are actively building out and renovating the space which was previously used for storage.
Much of Dayspring’s inventory from before will remain the same: bath and beauty care, bulk herb selection, “high-quality” vitamins and supplements, produce and goods from local growers and makers and Butcher continuing in his role as store manager. Brooks added that she plans to expand that offering for it to be a one-stop shop of sorts for customers, with an emphasis on clothing, craft beers, organic wines and produce.
“My goal for it is for shoppers to come in and leave with all the items they need that fit their lifestyle. They would have their food, their makeup, their clothing, their lotions and whatever else they would need,” Brooks said.
Crediting her mother Lynn for inspiring her to do this, Brooks said she is excited to see what the future holds and what path this new life venture will take her.
“I feel really happy (here). That energy (here) in downtown Opelika is great,” Brooks said. “I’m really impressed with how Opelika is moving forward in the right direction and I think Dayspring’s future (here) is bright.”
Updates on Dayspring’s progress will be posted regularly on its Facebook and Instagram pages. Once construction is nearing completion, Brooks said said she will finalize her shop’s grand opening date.
For more information, like and follow “Dayspring NatureShop” on its social media platforms.