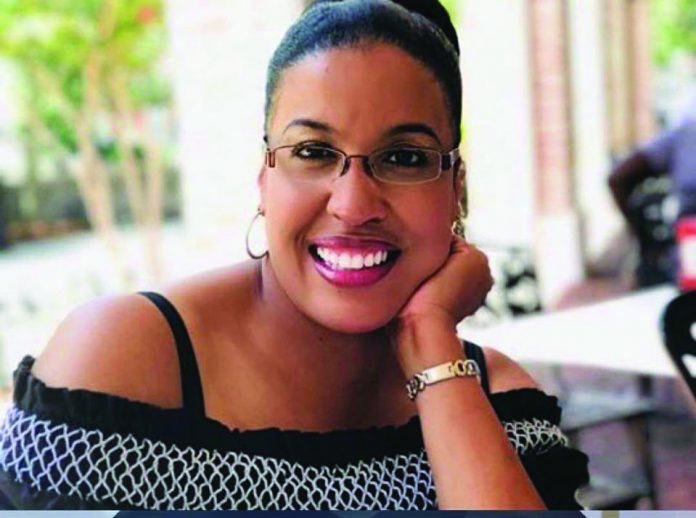 The EAMC family and the Lee County community are in mourning following the tragic and untimely death on Sunday of Sharon Gess, the hospital’s director of the Emergency Department and Emergency Medical Services (ambulance service).
“Our hearts are shattered to hear this news,” President and CEO Laura Grill said earlier this week.
“Sharon was a much beloved member of our hospital family. Please be in prayer for her daughter and other family members.”
Jane Fullum, Vice President of Patient Care Services, which includes the Emergency Department and EMS, added this tribute.
“Sharon was a light; a warm, sparkling light. She was there to lead, coach, mentor and encourage as a woman, mother, daughter, sister, aunt and friend. Sharon genuinely cared for her employees, loved her family, and trusted in God to give her strength for her journey. She always gave the best of herself in everything she did. She will be missed so much by so many, but her presence will be felt throughout this organization for generations to come.”
EAMC Director of Support Services Randy Causey shared his final memory and interaction with Sharon in a Facebook post earlier this week.
“I cannot find the words that come close to describing how sad that we as an EAMC family are after what we have experienced in the last several hours. Simply put, a bright light has gone out. We are heartbroken with the tragic loss of this brilliant and beautiful woman. At the end of our last (business) meeting on Thursday, she hung back to chat in private and last words to her were, ‘I love you Sharon, you always have my back.’ That is the kind of the person, friend and coworker she was. I watched her walk down the hall, never knowing that would be the last time. Fly high, flash your smile and take charge. We will put our faith in God, as she clearly did and begin to move forward on this difficult journey without her. That is exactly what she would want us to do,” Causey said.
Sharon joined EAMC in September 2000 as a staff registered nurse on Med/Surg and was later promoted to charge nurse.
From 2003 to 2005, she served as a house supervisor and then transferred to the Progressive Care Unit, where she was the unit manager until 2007.
When an opening for the director of the Emergency Department occurred that year, Sharon was chosen to step into that high-profile role. On top of that, the role of EMS director was added to her responsibilities in 2015.
Her successful healthcare career stemmed from being highly motivated and educated.
Sharon graduated from Auburn University with a bachelor’s in psychology in 1994 and earned her bachelors of science in nursing in 2002. When EAMC offered the opportunity for employees to seek an master’s of business administration from Auburn University-Montgomery, Sharon jumped at the chance and graduated with that degree in 2012.
Sharon’s positive attitude also helped pave the way for her success. She was fond of living by this mantra: “When I look around and think things over, all my good days outweigh my bad. Thank you Lord, I won’t complain.”
Sharon was 48 years old.

Macon County authorities found the bodies of Sharon and her brother William Gess Jr. at a Notasulga residence on Sunday afternoon, with Coroner Hal Bentley confirming that they were shot to death at approximately 1:40 p.m. that day.

Their brother, Aaron Flynn Gess, who is considered a person of interest in this case and has a documented past of mental illness.

“Aaron Flynn Gess is a person of interest in an active homicide investigation that occurred Oct. 20. in the Notasulga community. (He) has a history of mental illness and has made threats to resist any type of apprehension,” Alabama Law Enforcement Agency representatives wrote in a statement.
Authorities told media outlets that Aaron is driving a 2019 Kia Optima with Alabama license plate 46AT885 and is possibly in the Atlanta area.
As of Tuesday afternoon at press time, there have been no arrests or further developments in this case.
Alabama Law Enforcement Agency officials request individuals who have additional information or have encountered Aaron to call 334-270-1122.