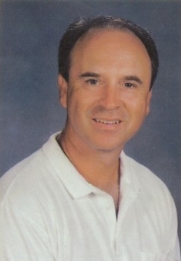 “We are thankful for Coach Maddox’s legacy and service to Lee-Scott Academy, and for his influence on our young men to not just win games but to become men of character, integrity, and honor,” Head of School, Dr. Stan Cox stated. “We wish he and his wife, Macy, all the best and many years of joy spending time with their children and grandchildren.”

“The Old Testament book of Ecclesiastes says, ‘there is a time for every event under heaven’ and it is ‘time’ for that tenure to come to an end,” Maddox said. “I will forever be grateful to Dr. Don Roberts and the board for the opportunity to serve as the head football coach. LSA has been very good to my family and I hope we have been good for this school. God Bless and Go Warriors!”

LSA thanks Coach Maddox, for his commitment and service to Lee-Scott Academy and the student-athletes!

An opportunity for former players, parents, and the LSA community will be planned to celebrate Coach Maddox and his family on his retirement at a future date.