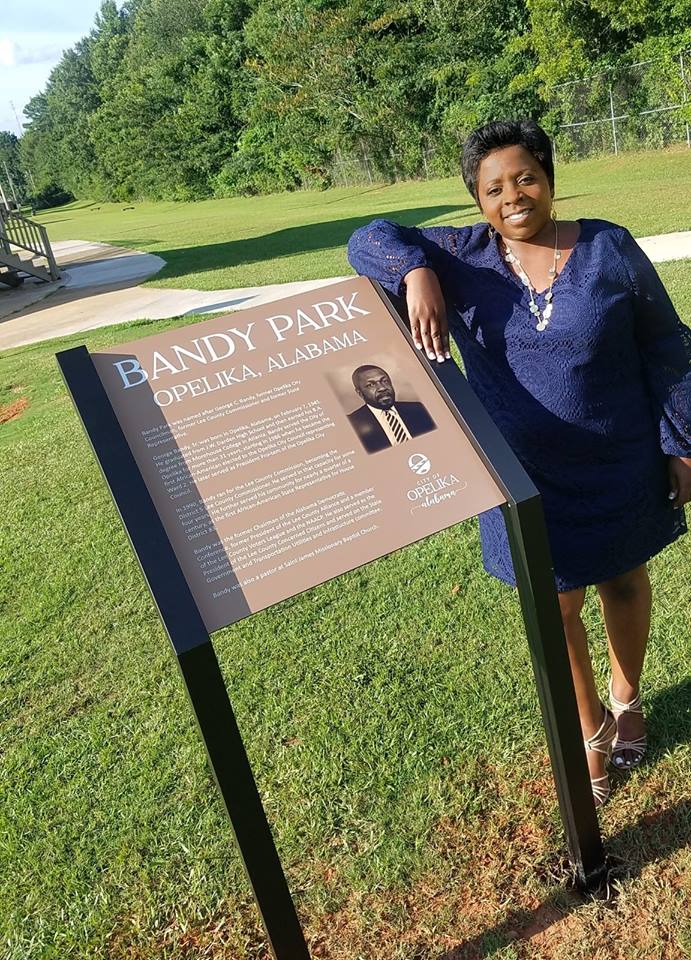 Free guest wifi, surveillance cameras for extra security and a plaque honoring the late Rev. George Bandy are just a few of the latest upgrades to Opelika’s Bandy Park.
Through efforts made by Opelika Ward 2 Councilwoman Tiffany Gibson-Pitts, the park has been the subject of major restorations this year. These latest upgrades are ways she said she is working to make the park a place that cultivates a sense of community pride.
“When I was on the campaign trail (in 2016), I made a promise to voters that I would do something to improve the park. This is my way of keeping that promise to those in that community,” Gibson-Pitts said. “With all this work, it’s just a nice drive down Jeter Avenue now. It’s a nice area for them to come together.”
The wifi is open to all guests, but particularly students, who Gibson-Pitts said can use that resource to complete homework or study for tests. A plaque honoring the park’s namesake was made possible Opelika’s ESG group and its director Mike Hilyer.
“It adds a special touch to park, so people can actually see him and read about him instead of just seeing his name,” Gibson-Pitts said.
She added that plans are in the works for the addition of artwork to the park and the construction of an amphitheater to host concerts and other events.